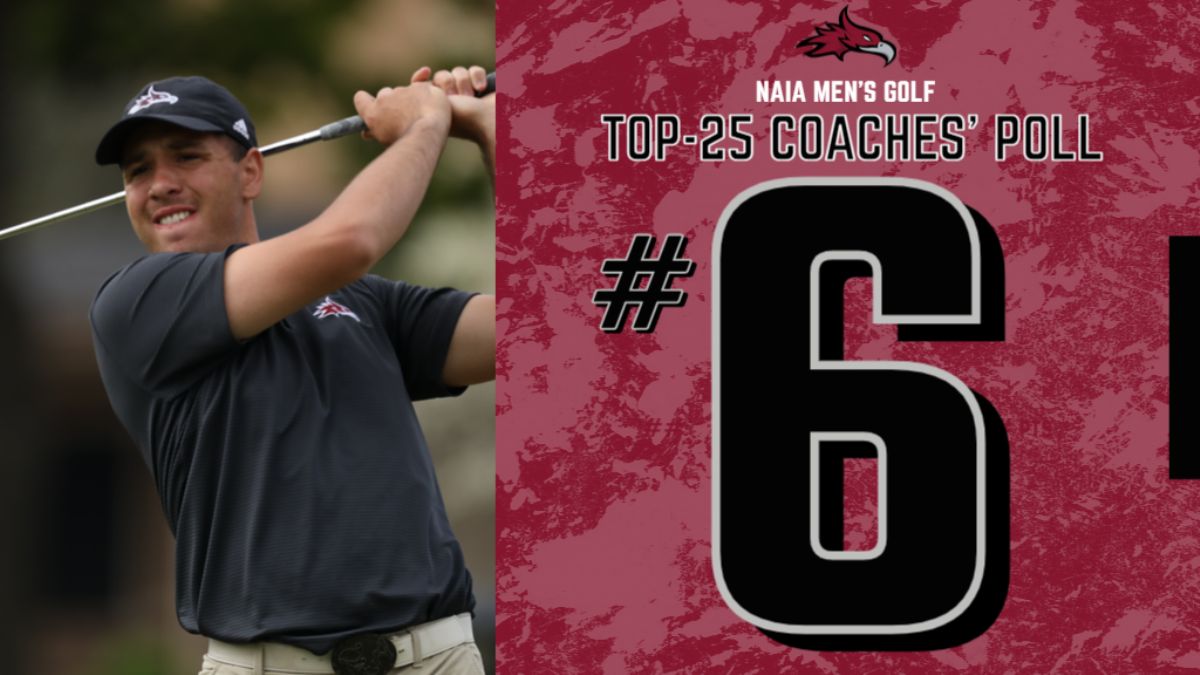 Men's golf posts highest ranking in program history at No. 6.

LEBANON, Tenn. – Cumberland men’s golf ranked sixth in the NAIA Preseason Coaches’ Poll released Friday by the national office. The Phoenix were picked as the favorite to win the Mid-South Conference regular-season championship in a poll of league coaches released earlier this week.

The Phoenix made their fourth consecutive trip to the NAIA Championships this past spring posting the program's best finish in history at 10th overall. Cumberland begins the 2021-22 campaign September 13-14 at the Music City Invitational at Twelve Stones Golf Club in Goodlettsville.

Reigning NAIA National Champions Dalton State (Ga.) captures eight of the 14 first-place votes this week to open the 2021-22 season atop the standings. Keiser (Fla.) remains second in the country while Point (Ga.) clocks in at third. Coast Georgia slips one position from the final rankings from last season to No. 4, while Ottawa (Ariz.) leaps into the top five.

Cumberland's final ranking last season was No. 21 and has made one of the largest jumps in the polls. William Woods (Mo.) went from receiving votes to No. 7 while Southeastern (Fla.) is ranked eighth. Lindsey Wilson (Ky.) checks in the polls at No. 9 and Kansas Wesleyan round out the Top-10.

Cumberland is set to compete in the Invite at Innisbrook in Tampa, Florida hosted by preseason No. 1 Dalton State on September 27-28. CU will then take part in the AAC Fall Championship at Barnsley Garden Resort in an event that is chock-full of ranked teams. CU will close out the fall season at the Mid-South Conference Fall Preview in Bowling Green, Ky.