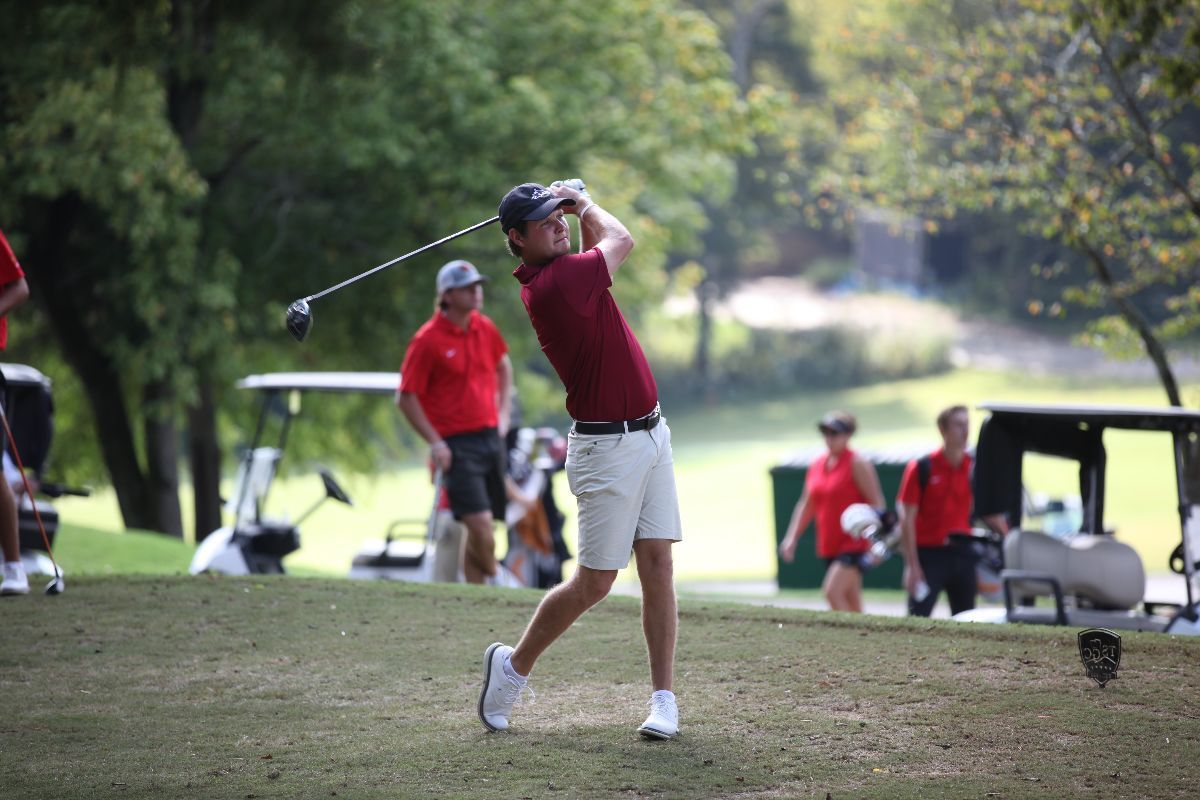 Isaac Walker shot a one-over-par 73 in the final round at the AAC Fall Preview. (Credit: Dillon Miller)

LEBANON, Tenn.--Cumberland men's golf finished the AAC Fall Championship in fifth place after carding their best round of the tournament.

The Phoenix fired a 307 in the final round to finish the tournament with 927 total strokes. Dalton State started the day in first place and finished in first defeating South Carolina-Beaufort by six strokes. Point University finished in third place and Reinhardt took fourth. Cumberland beat four nationally-ranked teams in No. 8 Lindsey Wilson, No. 9 Tennessee Wesleyan, No. 18 Truett-McConnell, and No. 22 SCAD.

Isaac Walker posted the best round of the day for Cumberland shooting a one-over-par 73. Walker finished the tournament at 11-over-par to finish in a tie for 15th place. He moved up eight spots after starting the day in 23rd place. Walker notched four birdies and five bogeys today.

Will Samuelsson finished in a tie for 21st place. Samuelsson had a great day yesterday carding a four-over in two rounds but shot an 83 in the final round to slip down 13 spots.

Domino Mollesand continued to improve in the final round notching the second-best mark for the Phoenix today with a three-over-par, 75. Mollesand marked two birdies on the front, but a string of four-straight bogeys knocked him back. He went one-over on the back-nine for his score. The freshman finished in a tie for 29th place.

Adrian Steeger also improved upon his scores from yesterday shooting a 76. Steeger was one-over-par through the first 14 holes and suffered a triple bogey on No. 15 to bring him to four-over. Steeger finished in a tie for 41st.

Christian Lindgreen carded an 87 in the final round and finished in 57th place in the tournament.