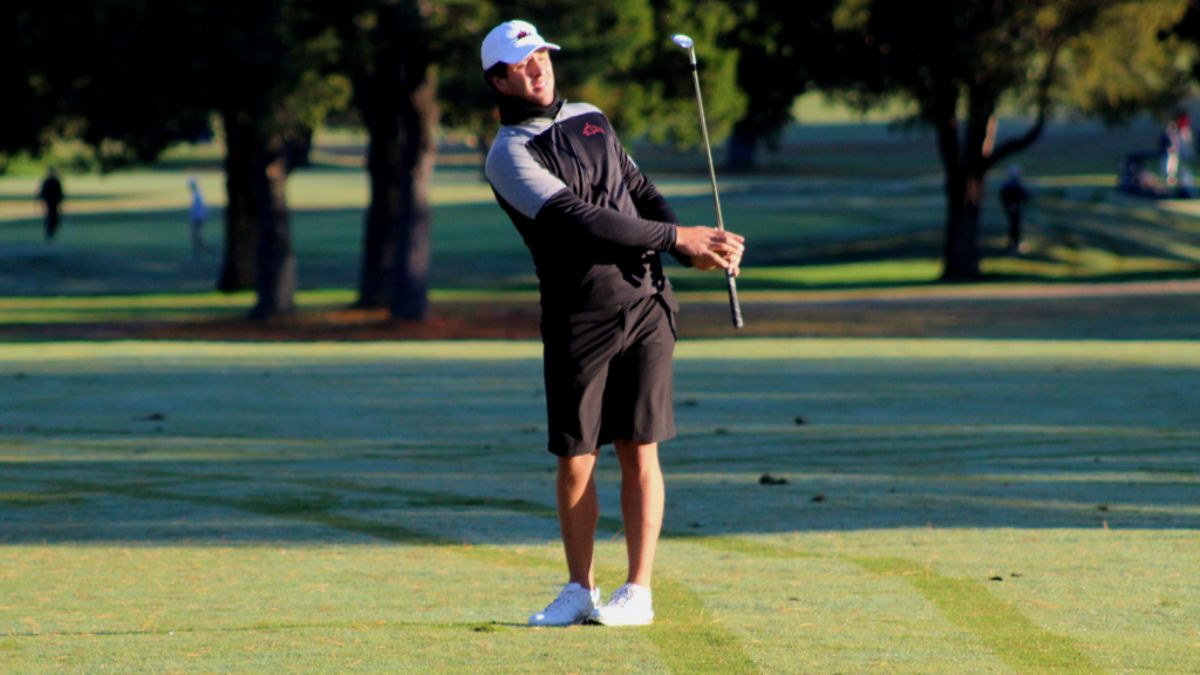 Tomi Acotto is in fourth place after the first day of the Mid-South Conference Fall Classic. (Credit: Anthony Latessa)

BOWLING GREEN, Ky.--Phoenix fired out of the gates with two great rounds to end the first day of the Mid-South Conference Fall Classic in second place.

Cumberland posted the lowest team score in the first round with a 293, two strokes better than Lindsey Wilson and ten shots better than Bethel. In the second round, the Blue Raiders fired a team-low 289 to take the lead after day one. The Phoenix trail LWC by three shots. Tennessee Southern jumped up to third, University of the Cumberlands is in fourth, and Bethel slipped to fifth.

Tomi Acotto played very well in the opening two rounds of the tournament sitting five strokes behind first place in fourth. Acotto carded a two-over 74 in the first round. The first 18-holes was back-and-forth for the sophomore as he registered four birdies and six bogeys. The second round he played very well shooting a one-under 71 with two birdies and one bogey.

Senior Reece Gaddes also fired a 73 in the first round. Gaddes picked up two birdies and two bogeys on the front nine and one bogey on the back to shot one-over in the first round. In the second round he finished with a four-over. He started that round on fire with three birdies and a bogey on the back, but two doubles on the final couple holes for him set him back. Gaddes in tied for 12th.

Freshman Domino Mollesand posted a one-over in the first round as well. He notched five birdies and six bogeys for the 73. In round two, he picked up 13 pars and five bogeys for a 77. Mollesand is in 15th.

Seth Clayton and Andrew Lena are competing in the tournament as individuals. Clayton shot a 78 and a 77 and is tied for 28th and Lena posted an 86 and an 83.

Justin Johns from Tennessee Southern leads the tournament with a 140. Janik Hawlitzky and Emil Gruhn from Lindsey Wilson are in second and third at 141 and 142, respectively. Acotto is tied with Gustav Barden from the Cumberlands for fourth place.

Cumberland will be in the final pairing tomorrow for the last 18 holes of the tournament with Lindsey Wilson and Tennessee Southern.

*indicates playing as an individual