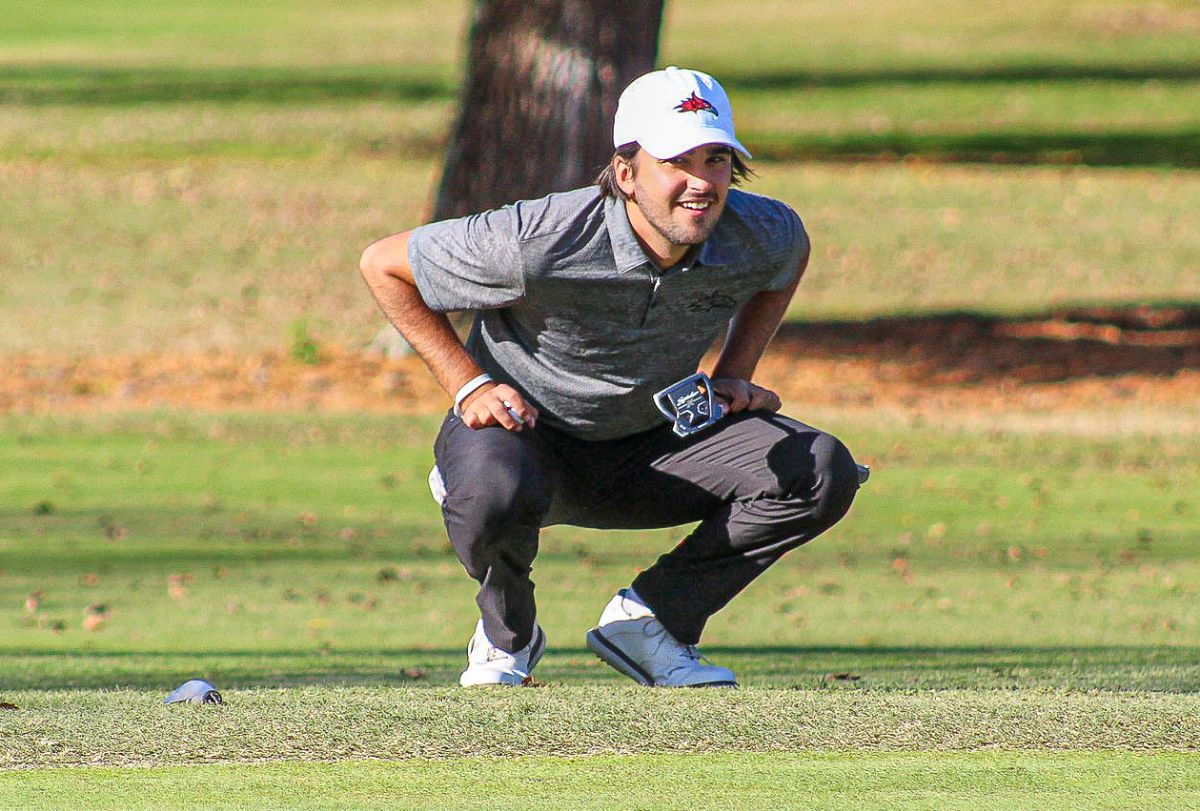 Domino Mollesand shot a 73 and a71 in the first two rounds at the Coastal Georgia Fall Invitational. (Credit: Anthony Latessa)
Related Links

WAVERLY, Ga.--Cumberland men's golf opened the 2022-23 season today in a stacked field at Sanctuary Cove Golf Club as a part of the Coastal Georgia Fall Invitational.

The Phoenix finished their first day on the links shooting a 297 (+12) in both the first and second rounds to sit in 13th place out of 16 teams, 13 teams in the tournament are either in the Top 25 or receiving votes in the poll.

Southeastern University leads the field after shooting a 286 (-2) in the first round and a 279 (-9) in the second round, but just barely leads South Carolina Beaufort and Dalton State by two strokes. Truett-McConnell sits in fourth place four strokes back and Reinhardt is in fifth five strokes behind Southeastern There were seven teams in the first round that checked in under 290 and five more in the second round.

Domino Mollesand sits in a tie for 23rd place individually. He shot a 73 in the first round with four birdies and five bogeys and fired a one-under 71 in the second round. Mollesand was bogey-free in the round until the 15th hole of the round where he doubled par five No. 7. He carded three birdies in that round.

Seth Clayton, competing as an individual, shot a steady 74 with one birdie and three bogeys the first 18 holes. He fired a career-low one-under 71 his second round with five birdies, two bogeys, and one double. Clayton is tied for 31st place.

Freshman Tom Scullion had his first college action shooting a one-over 73 in the first round. He started with a double bogey his first hole and finished with two birdies, one bogey, and 14 pars. The second round, Scullion shot a two-over 74. Through nine holes, he was one-under and then added a birdie on his 11th hole before recording four straight bogeys. He is tied for 43rd place.

Will Samuelsson carded a two-over 74 the first 18 holes with four bogeys and two birdies. He shot a 75 on the second round for a combined 149 and a tie for 52nd place.

Christian Lindgreen shot a 77 the first round. He played well on the back-nine holes carding two birdies and a bogey, but had three doubles on the front for the five-over. Lindgreen carded a five-over 77 in the second round as well making three birdies, five bogeys, and a triple. Lindgreen is tied for 68th place.

Freshman Patrick Chesnut is tied for 71st after shooting a 78 and a 77 in his first two collegiate rounds of golf.