Scullion leads the Field after Day One 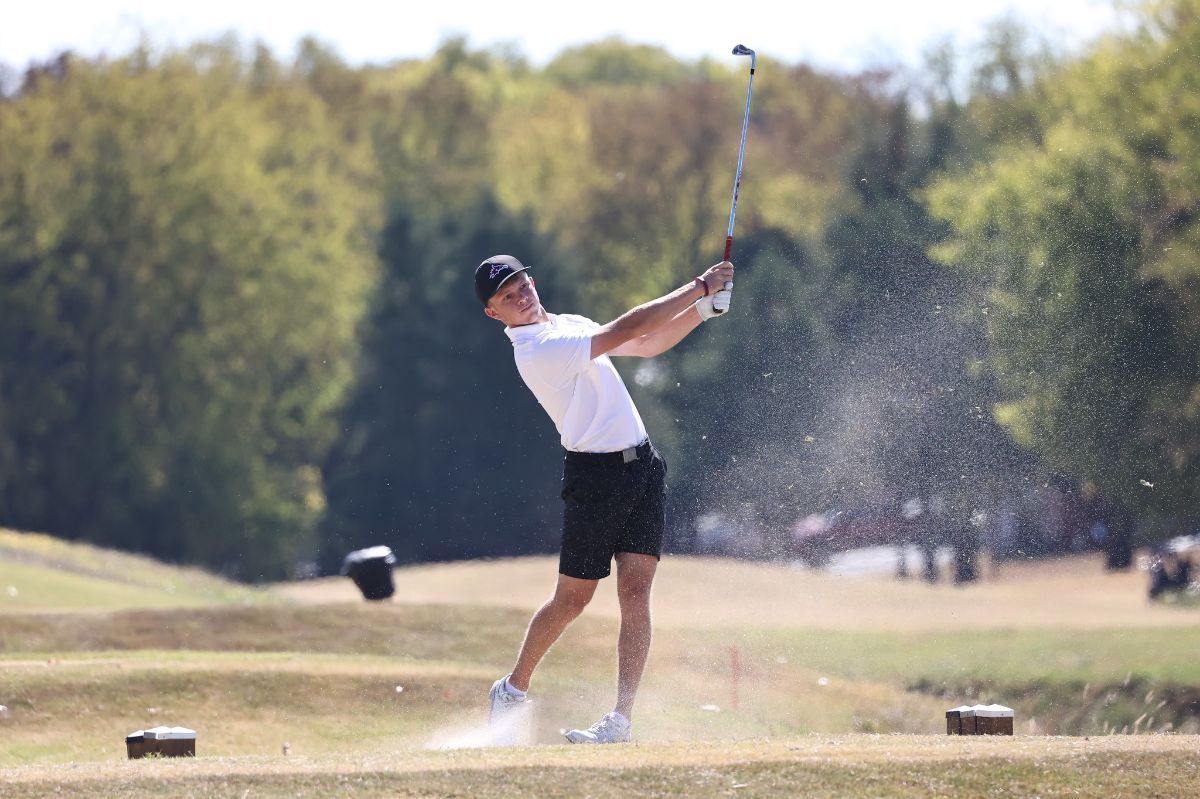 Tom Scullion sits in first after day one of the Music City Invitational.

GOODLETTSVILLE, Tenn.--Freshman Tom Scullion leads the field through 29 holes as the second round of day one was cut short due to darkness.

The team sits in sixth place at 28-over-par. Lindsey Wilson leads the field at nine-over carding a 194 in the first round. William Carey trails the Blue Raiders by six strokes in second place and Campbellsville and Tennessee Southern follows the Crusaders tied for third at 21-over-par. Mobile is in fifth just ahead of the Phoenix by two shots.

Scullion fired the best round of his young collegiate career carding a three-under-par 69 in the first round. Starting on hole No. 13 in the shotgun start, he started with a birdie before back-to-back bogeys, but went birdie-birdie on No. 16 and 17 to get back to one-under. He added three more birdies and one bogey on the first round for the three-under. He picked up where he left off in round two starting with three birdies in the first four holes, but doubled No. 18 to get to one-over and bogeyed No. 2 to fall to even-par where he stands through 29 holes.

Seth Clayton, playing as the No. 5, is second in scoring for the Phoenix, tied for 21st overall. Clayton played very steady in the first round posting 14 pars. He had two bogeys, one double, and a birdie on No. 4 for a three-over-par 75 in the first round. He is five-over thus far through the second round.

Will Samuelsson and Domino Mollesand are each tied for 37th place, playing as the No. 3 and No. 4 in the lineup, at 13-over-par. Samuelsson shot a 77 in the first round with seven bogeys and two birdies on No. 9 and No. 13.He is eight-over so far through round two. Mollesand posted five birdies in the first round, but unfortunately had two triples and two doubles on the card to finish with a 79. He is seven-over through 13 holes in round two.

Playing as the No. 2, Christian Lindgreen is tied for 51st. He played solid golf the first 18 holes posting a three-over 75, but is unfortunately17-over-par in round two to fall way down in the standings.

Tomi Acotto, Justin Reed, Andrew Lena, and Patrick Chesnut are each competing as individuals. Acotto is also tied for 21st. He is competing as an individual and shot a 79 in round one with two birdies and is just one-over so far in the second round carding three birdies.

The Phoenix will pick up where they left off in round two and will continue into the third and final round.