Phoenix in third after Day One; Lindgreen tied for Second 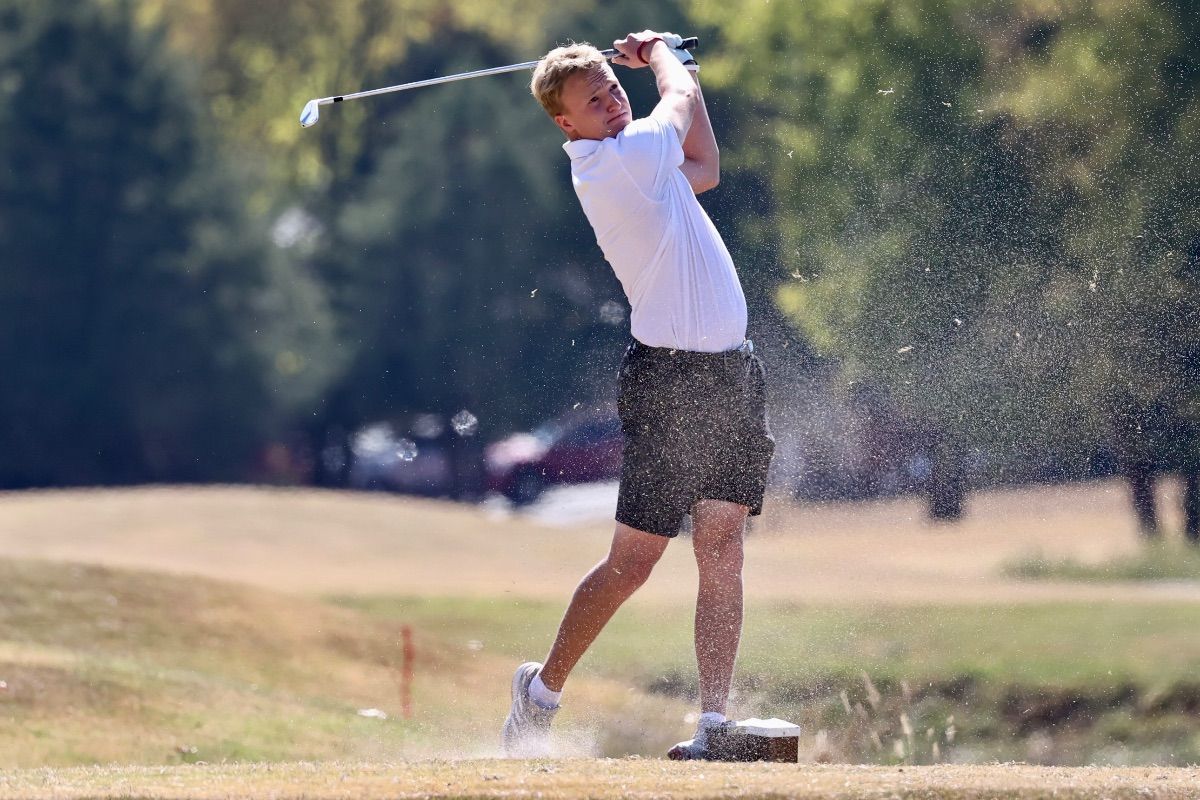 Christian Lindgreen sits in a tie for second with 18 holes to play. (Credit: CU Sports Info)

BOWLING GREEN, Ky.— Cumberland men’s golf is in third after day one of the Mid South Conference Fall Preview. Christian Lindgreen is in second individually to lead the Phoenix.

Lindsey Wilson leads the tournament after carding an 18 over through two rounds. Thomas More University sits in second place one stroke ahead of Cumberland followed by Tennessee Southern on fourth and Campbellsville in fifth.

Lindgreen had a great day posting a 74 and a 71 just one stroke off the individual leader, tied for second place. He played a steady first round with three birdies, three bogeys, and a double for the two-over. Lindgreen went low in the second round with a one-under, a career-best round. He picked up five birdies, two bogey, and one double bogey on the round.

Scullion is tied for 11th place after shooting a 149 in two rounds. He carded a 78 in the first round before bouncing back with a one-under 71. He got hot in the second round notching three birdies in a row while adding a fourth, but finished with a bogey and a double for his one-under score.

Domino Mollesand is tied for 17th place after shooting a pair of three-over 75 rounds. Mollesand in the first round posted two birdies, two doubles, and a bogey for the three-over. The second round, he picked four more birdies, but had seven bogeys for the round.

Tomi Acotto and Patrick Chesnut are each competing as an individuals. Acotto had a 77 in the first 18 holes with three birdies. He improved in round two by three strokes to a 74 with two birdies and an eagle on Hole No. 12, a par-4 330-yard hole. He is tied for 22nd. Chesnut is not far behind Acotto tied for 26th after shooting a 153. He picked up two birdies in round one with five bogeys and a double for a 77 and improved to a 75 with a birdie and four bogeys.

Cumberland will tee off tomorrow morning at 8:00 a.m. to play the final round. They will be in the final pairing.