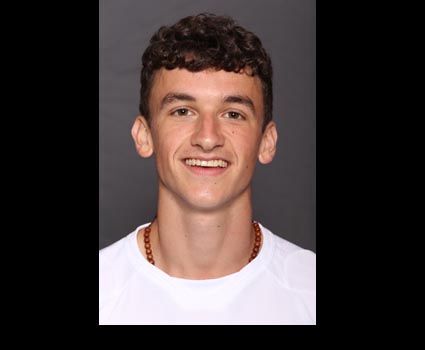 LEBANON, Tenn. – Newcomer Brian McNamara assisted on both Cumberland goals, but 16th-ranked Georgia Gwinnett scored twice in the final 10 minutes, including the final goal with 40.4 seconds remaining, in a 4-2 victory over the Bulldogs on Saturday here at Lindsey Donnell Stadium-Kirk Field.

Cumberland (0-2-0) led 1-0 at the half thanks to a third-minute score, with a pair of Irish lads hooking up for the score. McNamara battled for a ball near the top of the box and slid the ball through to Marty Owens, who finished for the early lead.

For the second straight day, the Grizzlies (2-0-0) showed a different intensity level after the break and the CU backline was under constant duress for much of the period. Pierre Mujene finished a Tyler Woodruff cross in the 55th minute to knot the score and Jamie King knocked in a rebound in the 73rd minute after a blocked shot off the foot of Rasmus Holmqvist.

Cumberland played better in the middle of the second half, finally gaining possession to ease the strain on the back line, and a counter-attack paid off in the 80th minute. McNamara took a pass just over the half line with space and dribbled toward the goal. He passed left to Josh Armstrong, who took the ball toward the end line before shooting just inside the far post, past the sprawling GGC keeper Lewis Sharpe and tying the match at two.

But the jubilation lasted mere seconds, as Georgia Gwinnett answered 26 seconds later. Ibrahima Sissoko was strong on the ball near the end line and passed across the six-yard box to a wide-open Jamie King on the back post for an easy tap-in goal and the eventual winner. The final tally came in the last minute, with German Rodriguez finding Martin Lugo just to the left of the penalty spot for a rip to the upper 90 and the final nail in the proverbial coffin for the Bulldogs.

The Grizzlies outshot CU, 21-4, in the second half, after just a 5-4 advantage at the break. Ian Hamilton posted nine saves for the Bulldogs while Sharpe had three saves for GGC.

Cumberland plays at home again Thursday at 1 p.m. versus Tennessee Wesleyan and faces Missouri Baptist next Saturday at home at 11 a.m.