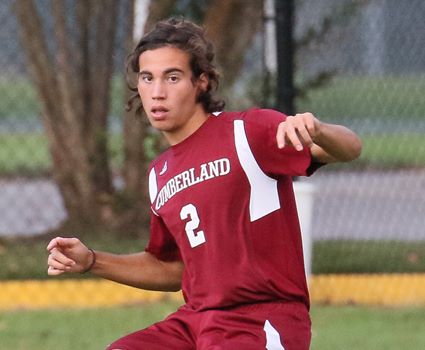 LEBANON, Tenn. – Markus Skraastad headed in a Sella Gannot cross in the 34th minute and Marty Owens and Gannot both scored early in the second half, as Cumberland remained undefeated with a 3-1 win over Martin Methodist in men’s soccer action Wednesday here at Lindsey Donnell Stadium-Kirk Field.

The Bulldogs (6-0-0) ended an eight-match losing streak to the RedHawks (4-4-0), who won five of the eight previous meetings by one goal. Cumberland hosts Division II West Alabama on Sunday at 2 p.m. before opening conference play at Georgetown College on September 26.

The teams went back-and-forth for most of the first half but neither created many scoring opportunities until Gannot and Skraastad hooked up for a beautiful play in the 41st minute. Skraastad headed in the cross at the front post for a 1-0 halftime edge for the home team.

Cumberland took control of the match in the first 10 minutes of the second half, with Owens giving the ball away and then getting it back immediately near the top of the box. His shot sailed past MMC goalkeeper Yohann Bedos before he could move for a 2-0 advantage in the 53rd minute.

The Bulldogs earned a corner kick less than two minutes later and the initial shot was saved, but Gannot picked up the rebound thanks to Sondre Risa and got his second goal of the year for a commanding lead.

Martin Methodist got on the board in the 80th minute thanks to a wonderful goal from Alfred Bobb-Baxter, who took a bouncing throw-in from Juan Madrigal and fired over his head, kind of a half-bicycle, into the upper 90 at the far post, but that was all the RedHawks could muster against CU’s Bennet Strutz, who collected three saves. Bedos finished with five saves for the visitors.