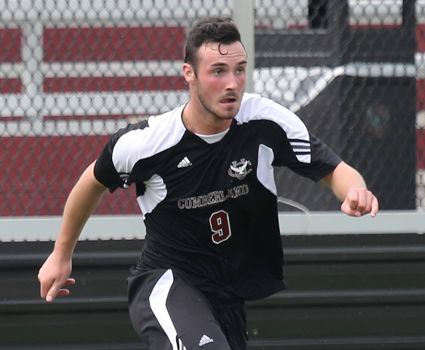 LEBANON, Tenn. – Brian McNamara netted a hat trick and Josh Armstrong added a goal and an assist in Cumberland’s 7-0 victory over Georgetown in men’s soccer action Saturday at Toyota Stadium in Georgetown, Ky.

The Bulldogs (8-0-0, 1-0-0 MidSouth) remained undefeated with the win and play at home twice this coming week, taking on the University of Pikeville on Wednesday at 3 p.m. and fourth-ranked Lindsey Wilson on Saturday at 2 p.m.

McNamara scored twice in the first 12 minutes, the first on an assist from Armstrong and the second from Elliot Goodwin. Armstrong then found the back of the net in the 31st minute from Valentine Murombo and Kurt Pierce’s goal at the 41-minute mark gave CU a 4-0 advantage at the break.

McNamara completed the hat trick three minutes into the second half and Marty Owens scored unassisted in the 65th minute for Cumberland. Alex Marr netted the final goal of the match for the Bulldogs from Jose Retana in the 80th minute.

Cumberland has outscored its last six opponents, 24-5, with four of those outings at home.