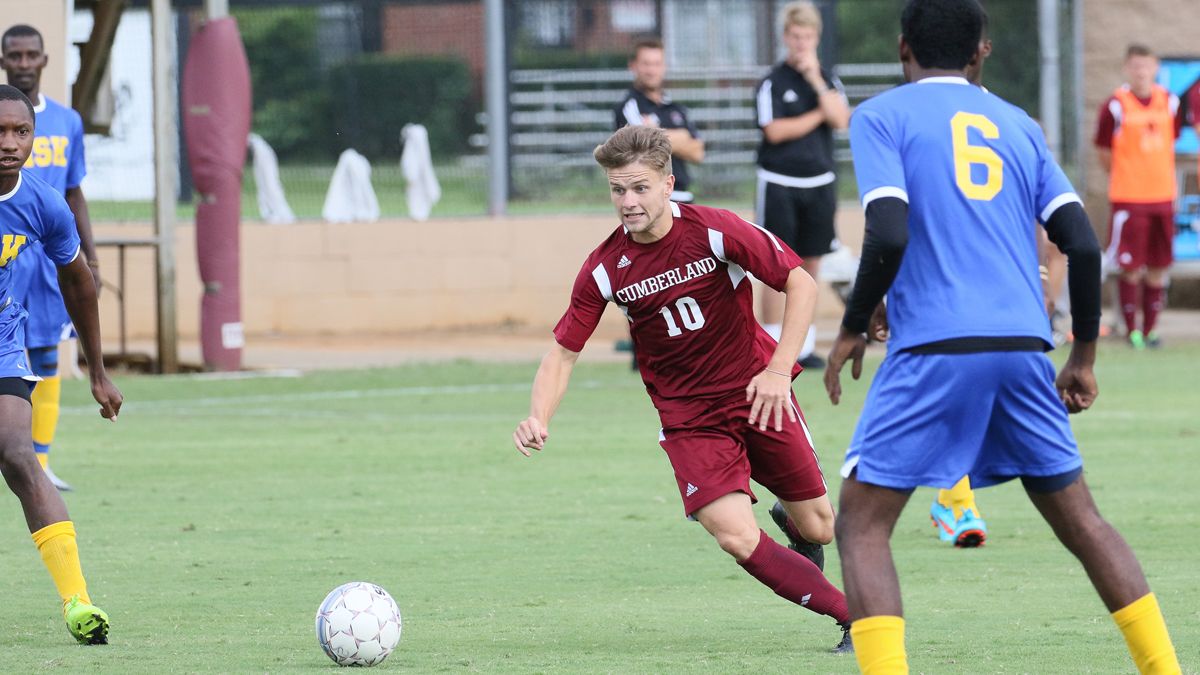 The Phoenix (1-1-0) fell behind 2-0 in the first eight minutes and trailed 3-1 after an own goal in the 29th minute, but Williams and Elliot both found the back of the net before intermission and McNamara’s penalty kick, after Elliot drew the foul in the box, in the 51st minute put the home team ahead for good.

Williams scored again in the 81st minute on an nice pass from Goodwin and then again with just three seconds remaining, a breakaway in the final 15 seconds, with the shot hitting the goalkeeper near the top of the box and trickling in.

Milligan (0-2-0) struck first in the match, drawing a foul in the box from CU goalkeeper Bennet Strutz on a long ball, and Ryan Reilly easily converted the PK in the seventh minute. The scenario looked similar just over a minute later, with a long ball from Luis de la Torre to Jack Allan, who beat Strutz low and to the far post for a quick 2-0 Buffaloes advantage.

Cumberland finally found an offensive rhythm in about the 20th minute and after a nice save from Milligan goalkeeper Nick Smith against McNamara kept the Phoenix off the scoreboard, CU found the back of the net in the 24th minute.

Josh Armstrong’s cross from the left to McNamara near the penalty spot fell into a group of players, but McNamara dropped nicely to Owens, who finished in the top right corner of the net.

Another costly error by the Cumberland defense gave the Buffaloes an own goal in the 29th minute, with a long throw from Nazren Habte sailing over the head of Strutz and off the leg of a CU defender into the net.

The Phoenix came back quickly to equalize with two goals in 92 seconds.

Owens took control of a giveaway in the box and found Daniel Williams on the left side, with the sophomore firing past Smith in the 30th minute. Less than two minutes later it was Valentine Murombo streaking down the right side, crossing into the box and finding the head of Goodwin to square the match at three.

Cumberland had the run of play for almost the entire second half, minus a couple of giveaways that Strutz turned away. Strutz finished with seven saves in the match compared to two for Smith. The Phoenix outshot the Buffaloes, 17-14.