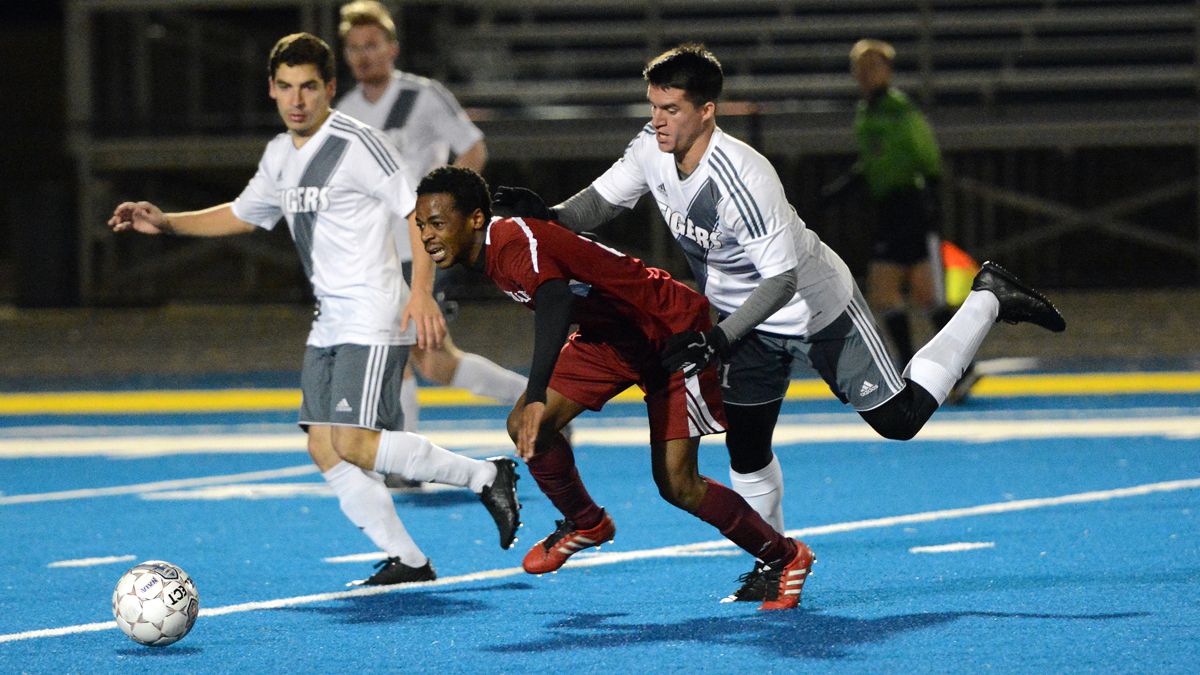 Valentine Murombo is knocked off the ball during Thursday's 1-0 loss to Campbellsville in the conference tournament. (Credit Richard RoBards)
Cumberland (Tenn.) at Campbellsville (Ky.) | 0,

LEBANON, Tenn. – Cumberland controlled almost the entire match, but Guilherme Fanck netted one of the few chances in the match for sixth-ranked Campbellsville University and the Tigers held off the Phoenix, 1-0, in the semifinals of the Mid-South Conference Men’s Soccer Championships on Thursday night in Bowling Green, Ky.

The Phoenix (10-7-1) ends its season with the loss despite outshooting Campbellsville, 15-5, in the match, including 10-3 in the second half, but Tigers goalkeeper Gonzalo Sapena collected eight saves, keeping Cumberland off the board while his team searched for an opportunity to find the back of the net.

Fanck did just that in the 57th minute, finishing a corner kick from Ross Lindsay, giving the Tigers (15-0-2) the 1-0 edge. The Phoenix peppered the net over the final 33 minutes, but Sapena posted three saves and send Campbellsville to the tournament finals for the second straight season.

The Phoenix nearly scored in the opening minutes of the second half when Elliot Goodwin hit the crossbar and Sapena saving consecutive shots from Marty Owens and Daniel Williams, all in the first eight minutes.