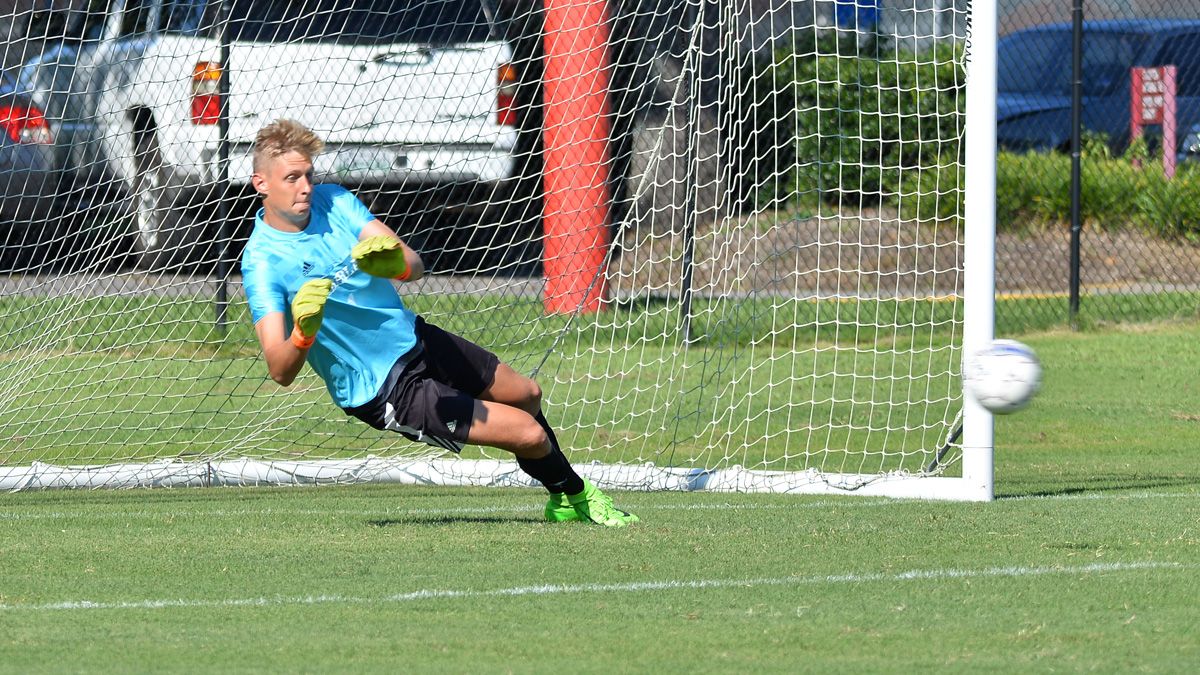 LEBANON, Tenn. – The men’s soccer team played to a 0-0 draw in their season opener on the road versus Christian Brothers University in Memphis, Tenn., as Phoenix goaltender Bennett Strutz secured the back line after stopping all five shots he faced in the match.

Strutz stood tall in goal for the Phoenix (0-0-1) during the first 15 minutes of the match as he was able to stop two Christian Brother shots from inside the 18-yard box. With just under 20 minutes left in the first half, Cumberland was rewarded a free kick after the Buccaneers were called for a handball just outside the 18-yard box. Daniel Williams blasted a shot that just clipped a wall of Christian Brother defenders and sailed out of play.

Later in the half Sondre Risa played a ball over the top, from just over midfield, which found a streaking Williams who put one touch on the ball before a charging Christian Brother goalkeeper deflected his shot high and wide of the goal.

The Buccaneers threatened during the final minute of the half when a pass split Cumberland defenders and found an open Abib Keita 20-yards out on the left half of the field. Cumberland goalkeeper Strutz challenged play, blocking down Keita’s shot. The ball deflected in front of the goal but Phoenix defenders were there to clear the ball to safety.

Cumberland pushed the pace of play to start the second half creating opportunities close to the Christian Brother goal but failed to convert on their attempts. The Phoenix registered three shots on target in the first 15 minutes of play. On a corner kick during the 55th minute, Martin Walsh connected with Donovan Dixon but Buccaneer goalkeeper Viktor Hoestbo was there to make the save.

The Phoenix almost found the back of the net in the 88th minute when Bakary Bagayako crossed a ball from the right side of the field to Martin Walsh, just eight yards out, but again Buccaneer goalkeeper was there to make the save.

In the first 10 minute overtime period the Phoenix registered one shot on goal and attempted two corner kicks but could not convert. The Cumberland defense gave up zero shots in the golden goal situation.

The final overtime period was controlled by the Christian Brothers. Just two minutes in Buccaneer Xavi Lao beat a CU defender just outside the 18-yard box and fired a shot towards the crossbar of the goal but Phoenix goalkeeper Strutz got his hands on it and deflected the ball out of play. Christian Brothers would get one last opportunity in the 109th minute but the shot attempt sailed high ending the game in a 0-0 draw.

The Phoenix return to Lindsey Donnell Stadium for their home opener next Wednesday against Bethel at 3 p.m. CT.