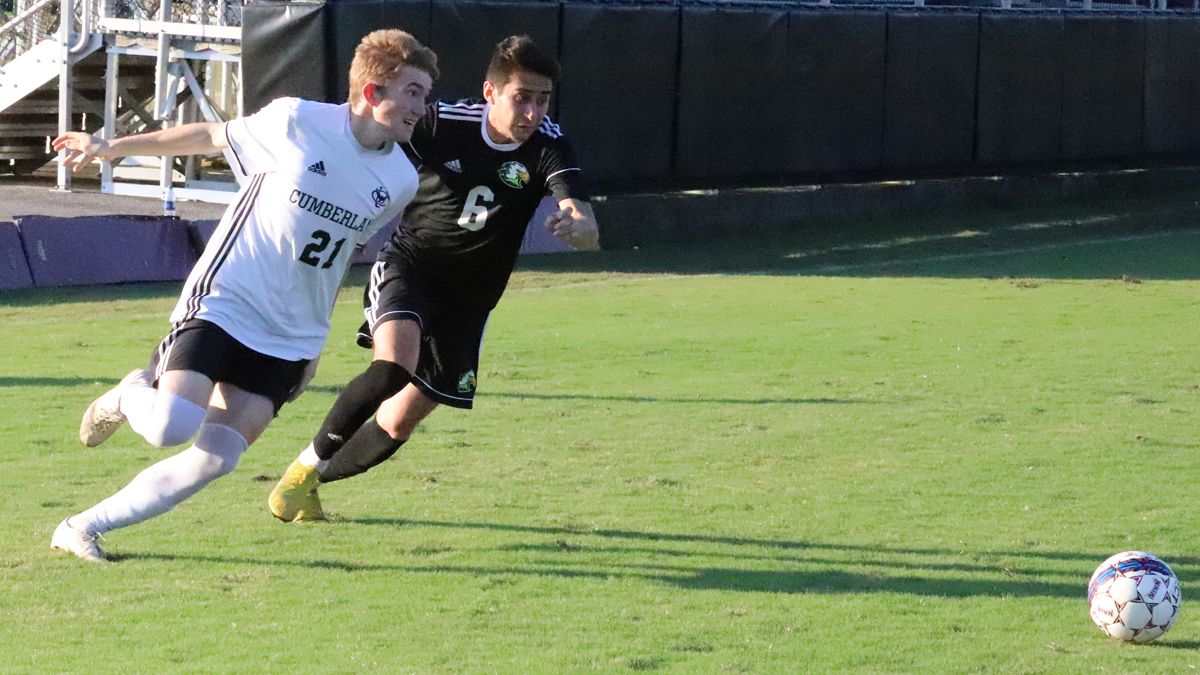 The Phoenix (2-4-2, 1-0-0) were held in check until the final seconds when Udulutch converted a beautiful header in the middle of the goal off a cross from Daniel Williams, squaring the match and one and sending it to overtime, the fourth extra time outing of the season for CU.

In the extra time Austin Morenzoni’s long throw found the head of Bakayoko, who posted the game-winner with 1:41 remaining in the first OT.

The Running Eagles (4-7-1, 0-1-0) got a gift of a goal from Cumberland midway through the second half. CU goalkeeper Bennet Strutz and defender Jonathan Walderstrom nearly ran into each other chasing a long pass near the top of the 18-yard box.

Strutz’s clearance just outside the box hit Walderstrom and bounced into the air to Life’s Jacob Bivens, who fired into an empty net for his second goal of the year and a 1-0 Running Eagles advantage in the 67th minute.

The Phoenix controlled possession for much of the second half but were unable to find many holes in the Life defense, taking just 15 total shots in the match and only four on frame. The Running Eagles lost Udulutch on the tying goal at the top of the six-yard box right in the middle of the net and the freshman converted a beautiful left-footed cross from Williams for the equalizer.

Life nearly took the lead midway through the first half if not for some quick reflexes by Strutz, who made a kick-save on a point-blank shot from Eddy Diaz and the rebound by Ricardo Lawrence was blocked away by a CU defender.

The first 45 minutes featured almost as many combined fouls (10) as shots (11) by the two teams and the physical play continued into the second period. The teams were whistled for 14 fouls apiece and three yellow cards were issued.