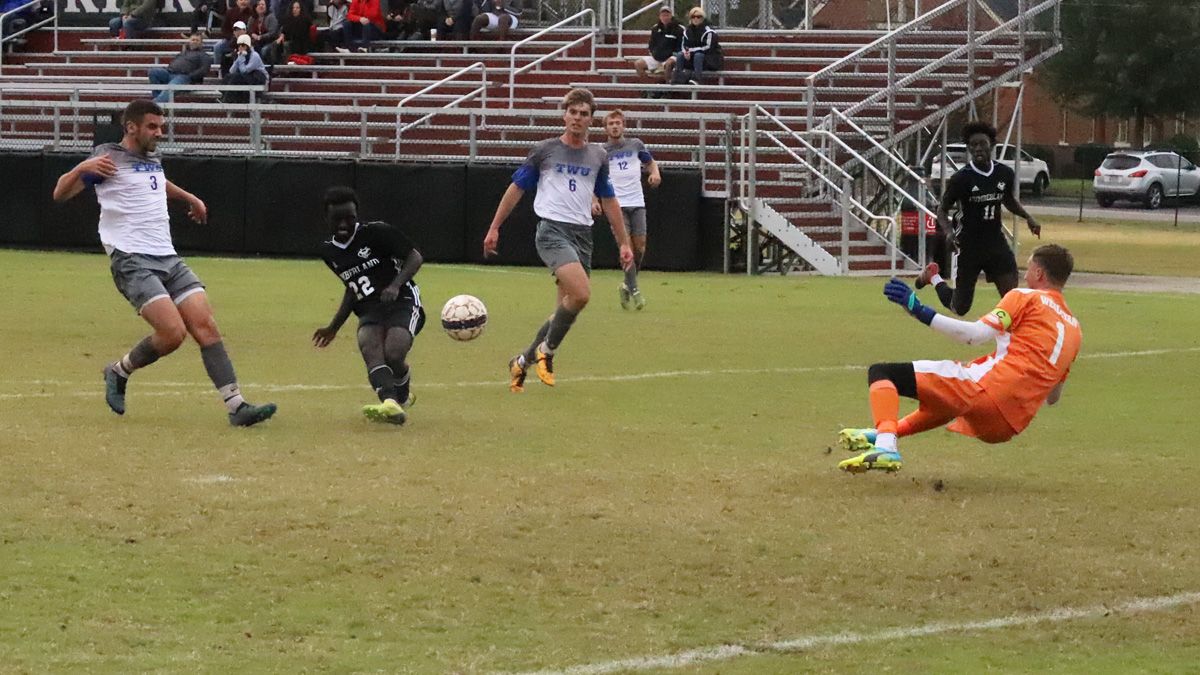 The Phoenix ended the regular season with its second consecutive draw and heads into next week’s Mid-South Conference Championships as the No. 1 seed. They will play Friday at 11 a.m. CT in Bowling Green, Ky.

Abdi netted his first goal of the season in the 17th minute, but the Phoenix (8-4-4) had few other scoring chances in an incredibly physical match that featured 29 fouls, five yellow cards and one red card combined between the two teams. Cumberland played the final 30 of the 110 minutes in the match a man up after a red card on TWU’s George Green.

The Phoenix controlled the run of play for the first 20 minutes in the first half, with a cross from Bakary Bagayoko sliding across the mouth of the goal in the ninth minute. Cumberland broke through in the 17th minute, with Daniel Williams finding Abdi down the middle. The freshman put it past TWU goalkeeper Nick Croucher high and right for a 1-0 lead.

The Bulldogs were the aggressor for the remainder of the half, with Kyle Wynne pulling down a long pass and firing just over the crossbar in the 28th minute. Yuri Parisotto had a chance five minutes later but mis-hit the shot.

TWU took advantage of a Cumberland mistake in the final minute to square the match. The Phoenix defense tried to play a ball all the way across the field but lost it just outside the six-yard box near the endline. Parisotto picked up the loose ball, dribbled once and chipped it past a charging Bennet Strutz with 45 seconds left in the period, evening the match at one at intermission.

Wesleyan led a modest offensive effort by both teams, outshooting the Phoenix, 6-4.

The second half was a defensive slugfest that included 13 fouls and four cards between the two teams. TWU’s Ben Timms took a shot from 25 yards off a clearance on a corner kick that sailed just high and Bakayoko’s shot from the right just missed the post.

The best chance for the Phoenix after halftime came midway through the first extra period, a bending, dipping free kick from 25 yards by Lucumi that was out of the reach of Croucher and missed the crossbar by inches. Williams’ blast from just outside the box was saved by Croucher in the secnd overtime and the final horn blew after a CU corner kick.