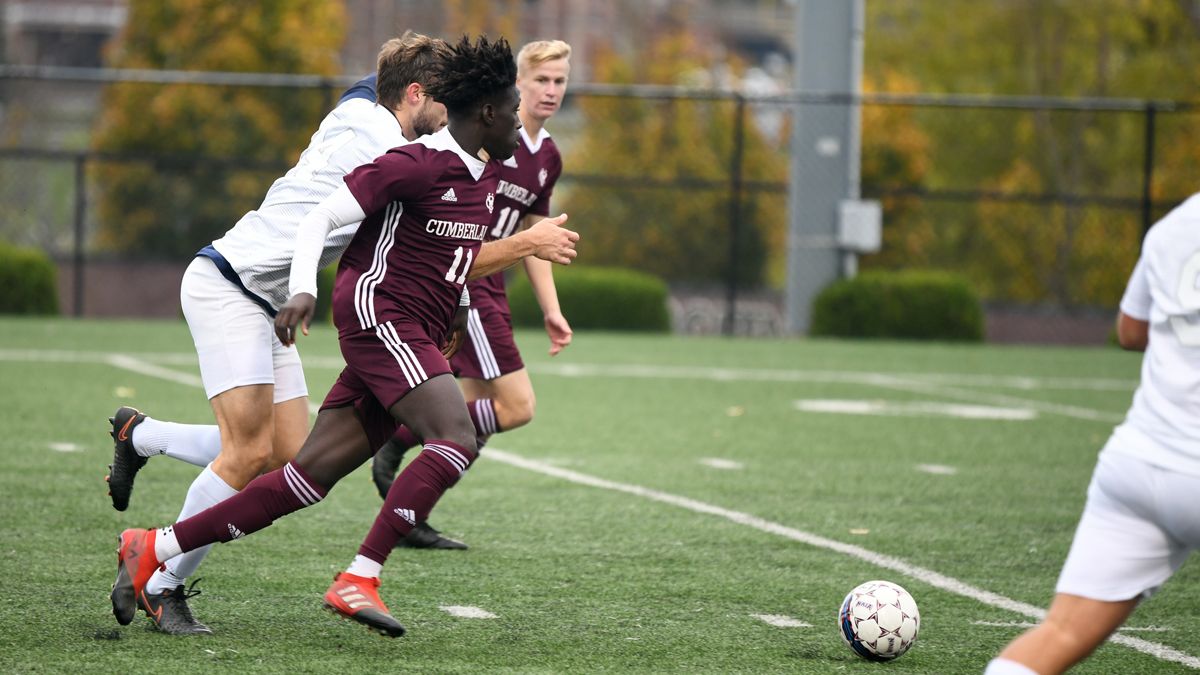 LEBANON, Tenn. – Bakary Bagayoko scored twice and Daniel Williams posted a goal and an assist, as top-seeded Cumberland scored two goals in the first nine minutes en route to a 3-1 win against Shawnee State in the quarterfinals of the Mid-South Conference Men’s Soccer Championships on Thursday in Campbellsville, Ky.

The Phoenix (9-4-4) advance to face the winner of Friday’s late match between the University of the Cumberlands and Life University in the semifinals at 4 p.m. CT on Thursday, November 8 in Bowling Green, Ky.

Williams got Cumberland off to a quick start with a goal just 95 seconds into the match, taking a pass from Tyler Watson and sliding it past SSU goalkeeper Kade Tomlinson.

Williams had a hand in the second goal as well in the ninth minute. His long cross from the right was headed for the back post and saved by a diving Tomlinson, but the rebound fell to the feet of Bagayoko, who tapped in his 10th goal of the season for a 2-0 CU advantage.

The Phoenix kept the pressure on the Bears (7-12-0) much of the rest of the first half, outshooting Shawnee State, 8-2, and Tomlinson made three saves to keep the score at 2-0.

Cumberland had multiple chances in the first 10 minutes of the second half to add a third goal, but Tomlinson again turned away CU and his teammates picked him up in the 55th minute. Kevin deLang’s free throw from 30 yards found the head of Bryce Romanello, cutting the CU lead in half.

Bagayoko answered quickly, though, driving a shot past Tomlinson at the near post just over a minute later, extending the advantage to 3-1. Cumberland peppered the net in the second half, posting a 14-2 edge, including a header that hit the right post midway through the period.

Tomlinson finished with eight saves against 22 total shots while CU goalkeeper Bennet Strutz faced only four shots and made one save.