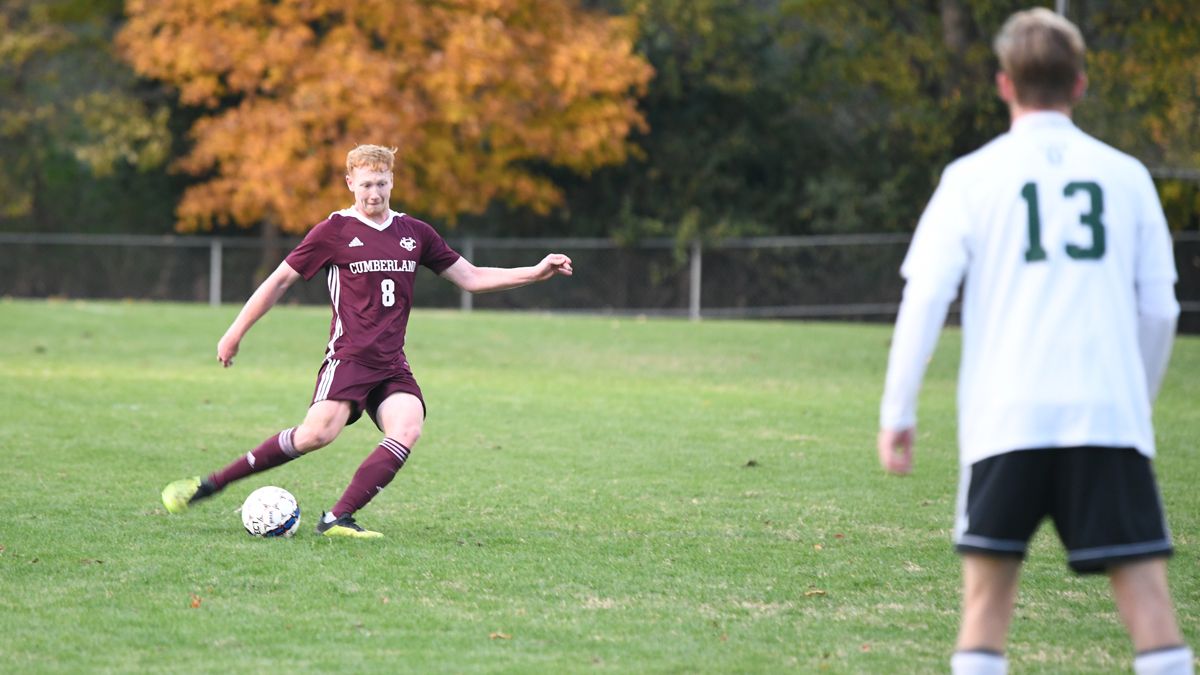 LEBANON, Tenn. – Martin Walsh collected two first-half assists and netted a goal in the second period, helping Cumberland to a 4-0 win against Life University in the semifinals of the Mid-South Conference Men’s Soccer Championships on Thursday in Bowling Green, Ky.

The Phoenix (10-4-4), the top seed in the tournament, advance to the tournament championship match Friday at 6:30 p.m. against either seventh-ranked Lindsey Wilson or Campbellsville University.

Daniel Williams finished a cross from Walsh only 84 seconds into the match, getting Cumberland off to a quick start. Austin Morenzoni’s header off a Walsh corner kick in the 17th minute put the Phoenix ahead, 2-0. It marked the seventh and eighth assists of the year for Walsh and the first goal for Morenzoni.

Walsh found the back of the net less than 15 minutes in the second half, taking the ball from a defender and beating Life goalkeeper Fabian Pekruhl between the legs, extending the CU advantage to 3-0.

Williams picked up the assist for the Phoenix on the team’s final goal, sliding a pass to Kevin Pierce for the score in the 68th minute.

Cumberland dominated possession for most of the match, outshooting the Running Eagles, 14-4, overall, including 8-2 in the first half. CU also played a man up for the entire second half after a red card on Life’s Steiner Magnusson (second yellow) in the 43rd minute.

The Phoenix will play for their third conference tournament championship in the last four years on Friday, with the club winning tourney titles in 2015 and 2017.