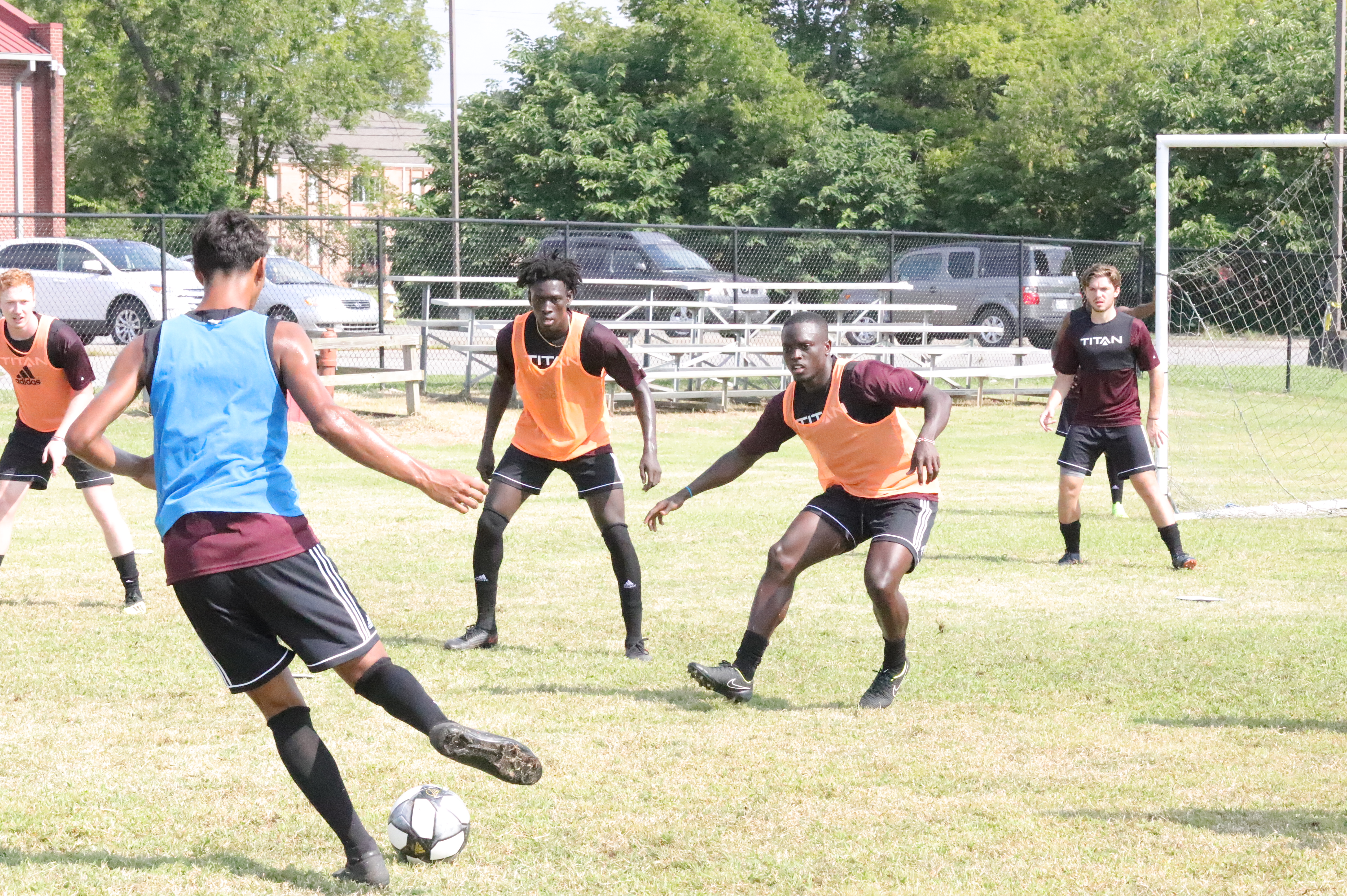 The Phoenix prepare for the start of their schedule on August 24th at Tennessee Wesleyan (Credit: Kyle Allen)

LEBANON, Tenn. –  Mid-South Conference officials unveiled this morning that the Phoenix men's soccer team is selected to finish second out of nine teams for the 2019 season. The 2018 team won the MSC Regular Season outright with a 10-5-4 (6-0-1 MSC) record,  advancing to the conference Tournament Finals.

Lindsey Wilson (Ky.) is favored to win the conference garnering 60 points and four of the other first place votes. University of the Cumberlands (Ky.) received the final first-place vote, placing third in the preseason poll with 48 voting points.

Campbellsville (Ky.) sits at fourth with 45 points, Life (Ga.) comes in at fifth with 37 voting points, and Shawnee State (Ohio.) follows with 23 points at sixth.

Georgetown (Ky.) and Pikeville (Ky.) are seventh and eighth in the poll with 22 and 13 points, respectively. Thomas More brings up the rear with 13 voting points in its first preseason poll as a full-time MSC member.

Cumberland opens up its season on the road against Tennessee Wesleyan on Saturday, August 24th at 3 p.m. The Phoenix begin their home schedule August 27th vs Fisk University at 3 p.m.