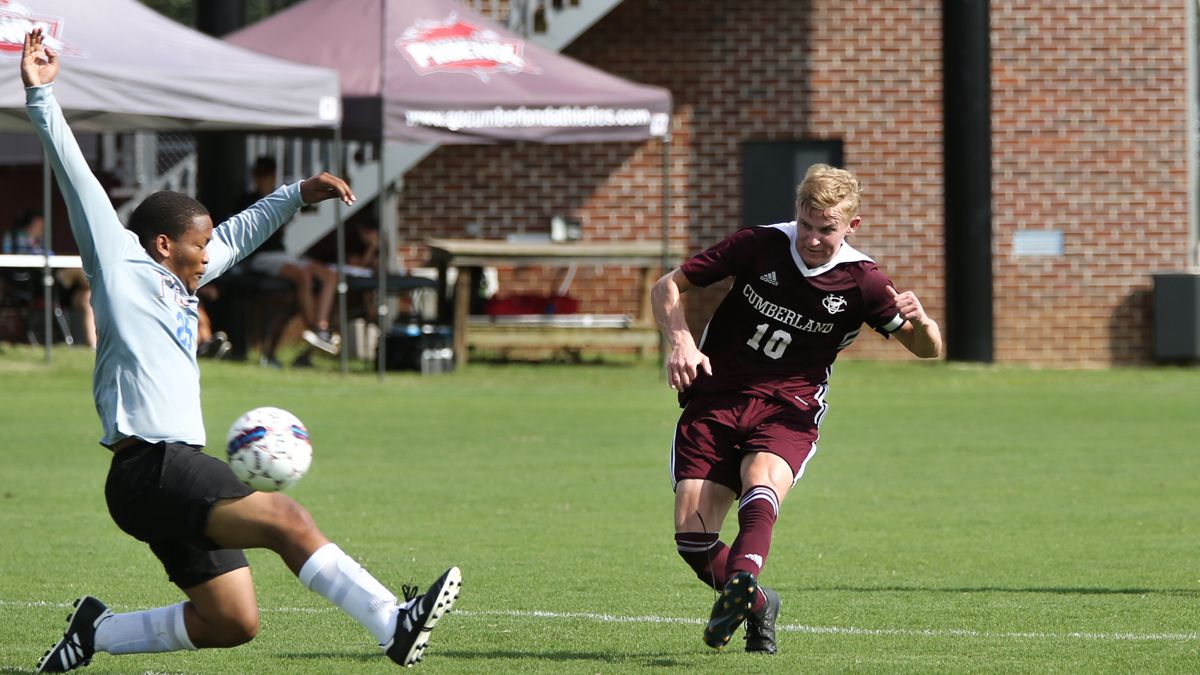 The Phoenix earned their second straight win of the season, holding off Thomas University, 4-3, today.
Cumberland (Tenn.) at Thomas (Ga.) | 0,

The Phoenix (2-1-0) jumped out to a huge, 4-0, lead in large part due to the freshman phenom Ben Siri racking up goals number six and seven of the week. Thomas University (1-1-0) charged back in the second half of the match, making things close but was unable to catch the Phoenix.

Tyler Watson started the game out strong, putting the Phoenix ahead with a missile of a kick for a goal 9:57 into the game. After a series of strong defensive efforts from both teams, the Phoenix scored another goal from Siri at the left post, Bakary Bagayoko earning the assist with 10:47 left in the first for a 2-0 Phoenix lead.

In the final five minutes of the first half, Bagayoko raced by Night Hawk defenders, shooting the ball past the keeper to score a goal off an assist from Siri, giving the Phoenix a 3-0 lead headed to halftime.

The second half started slow for both teams, until Siri rocketed his second goal of the night in from 15 yards assisted by Watson in the 74th minute for a 4-0 Cumberland lead. The score did not discourage the Night Hawks though, Gavin Rochford-Smith scored off of a free kick at the 80:08 mark, making the score 4-1.

The late Thomas score sparked the team into scoring two more goals over the course of the next five minutes. The first goal was scored by Mateo Arbelaez on a long cross kick which was assisted by Diego Azar 83:49 in the game. A penalty kick by Rochford-Smith in the final five minutes of the game allowed the Hawks to cut the Phoenix lead to 4-3. Nicklas Rulle earned a crucial save in the final minutes of the game, helping the Phoenix ensure a win in regulation over the Night Hawks 4-3.