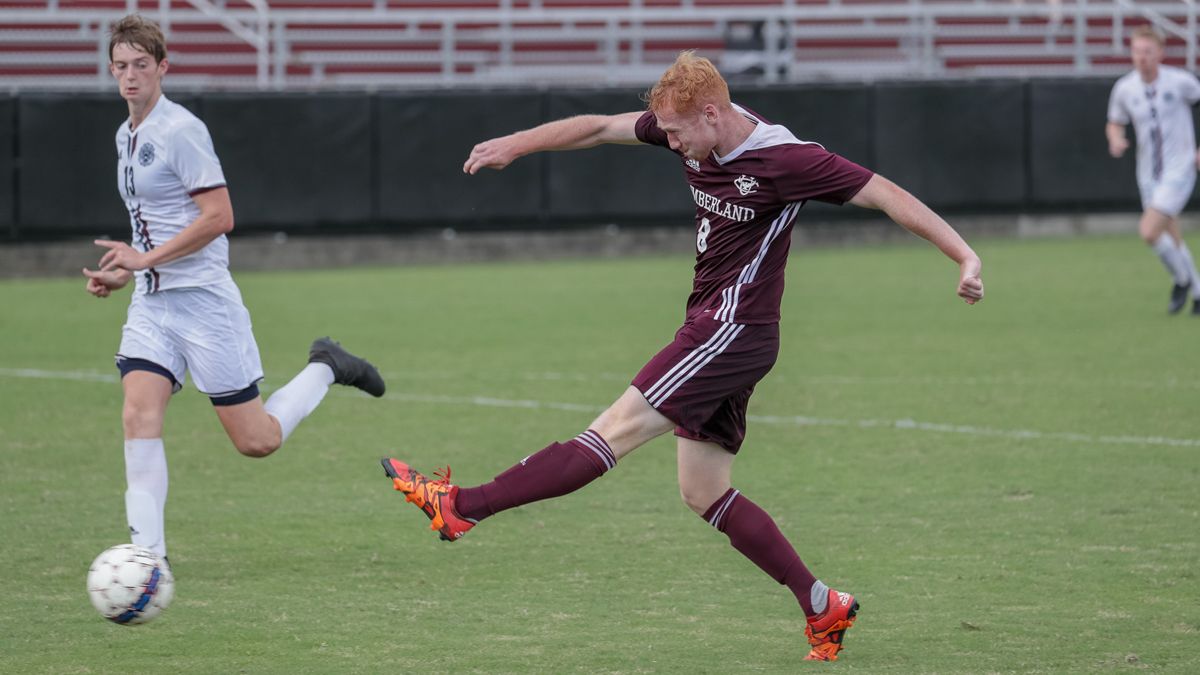 MILLIGAN COLLEGE, Tenn.--  After 10 days in between playing dates the Phoenix second half push was enough to carry them to a 2-1 victory on the road vs Milligan College.

Cumberland (3-1) started off slow, but was able to get things going in the second half with goals from Martin Windvogel and Martin Walsh. Keeper Nicklas Rulle played well collecting seven saves on the match to help the Phoenix.

Milligan College (1-3) came out strong outshooting the Phoenix in the first half 11-4. Buffalos forward Roberto Fernandez Garrido posted the lone goal on six shots in the match.

The first half ended scoreless as both teams battled in a tough gridlocked match. Rulle helped CU by recording four saves in the first half.

Windvogel got the Phoenix on the board in the 53rd minute with a goal. Windvogel headed in the pass from Bakary Bagayoko. In the 72nd minute CU fouled the Buffalos' Roberto Fernandez Garrido in the box to allow him to take a penalty kick. He then put it in the back of the net to tie the game at 1-1. The Phoenix answered six minutes later when Martin Walsh scored to give the Phoenix a late lead.

Cumberland out played Milligan in the second half only allowing them to take 4 shots to our 10.

Bagayoko led the Phoenix with five shots in the match keeping the pressure on Milligan and Rulle recorded seven saves over the course of the game. Milligan keeper Jan Kuepper posted six saves.

Cumberland is back at home this Friday to take on Union University at 3 p.m.