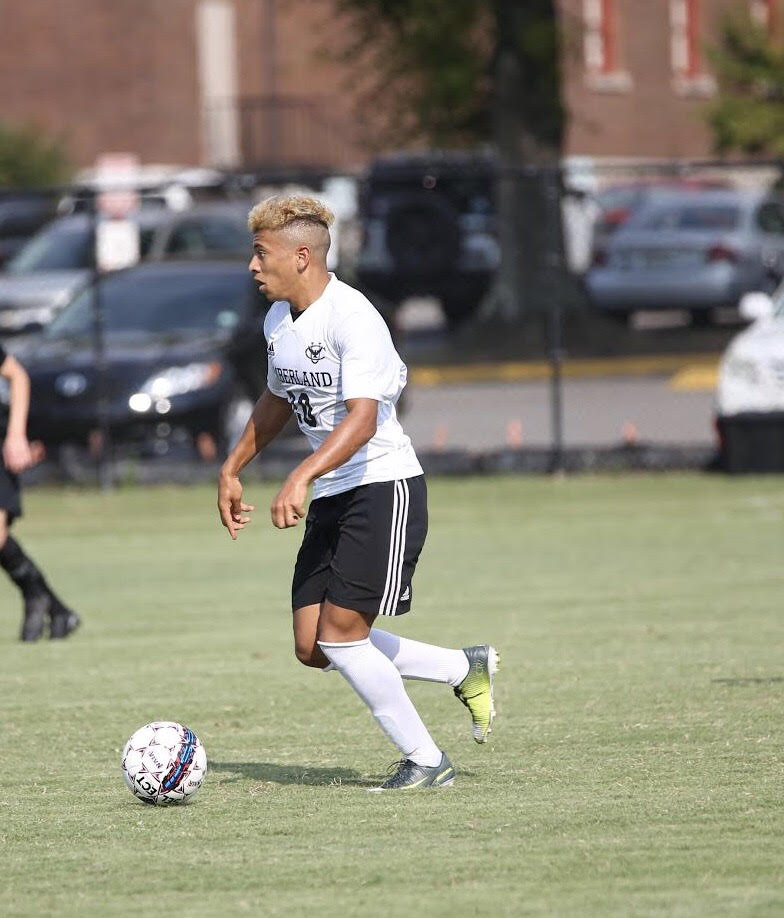 Cumberland’s Bakary Bagayoko scored a goal late in the first half to put the Phoenix on the board first. A missile of a kick from Cumberland’s Martin Walsh tied the game to force overtime play. While Cumberland’s Robin Windvogel lead the Phoenix to 3-2 victory off a breakaway goal.

Both teams started out the game very aggressively on defense, until Bagayoko scored a goal off an assist from Walsh in the 33rd minute which would result to a Phoenix 1-0 lead over the Buccaneers at the end of the first half.

The score didn’t intimidate the Buccaneers as Jacob Daffern scored a goal off an assist by Michael Boudreaux in the 61st minute to tie the Phoenix midway through the 2nd half. After continuous defensive plays by both teams, Daffern was able to score again for the Buccaneers off assist from James Raptis in the 84th minute to take the lead over the Phoenix.

A burst of energy from the Phoenix helped the ball move quickly down the field but was stopped due to a foul by the Buccaneers. Martin Walsh lined up for a foul kick right outside the 18 yard box and shot a missile of a kick, resulting in a goal to tie the game 2-2 in the 86th minute of regulation. The second half ended with a score of 2-2 making the game go into overtime.

The Phoenix came out strong to begin overtime, especially from Robin Windvogel who was able to break away from Buccaneers defenders due to a pass from Brandon Gonzalez, resulting in a goal in the 94th to lead the Phoenix to a 3-2 victory.

Cumberland outshot Christian Brothers 21 to 11, with 10 shots on goal to the Buccaneers four.  Cumberland’s Nicklas Rulle recorded two saves on the game, and Viktor Hoestbo recorded 7 saves for the Buccaneers.

The Phoenix will continue at home against Martin Methodist on Tuesday, September 24th at 3 P.M.