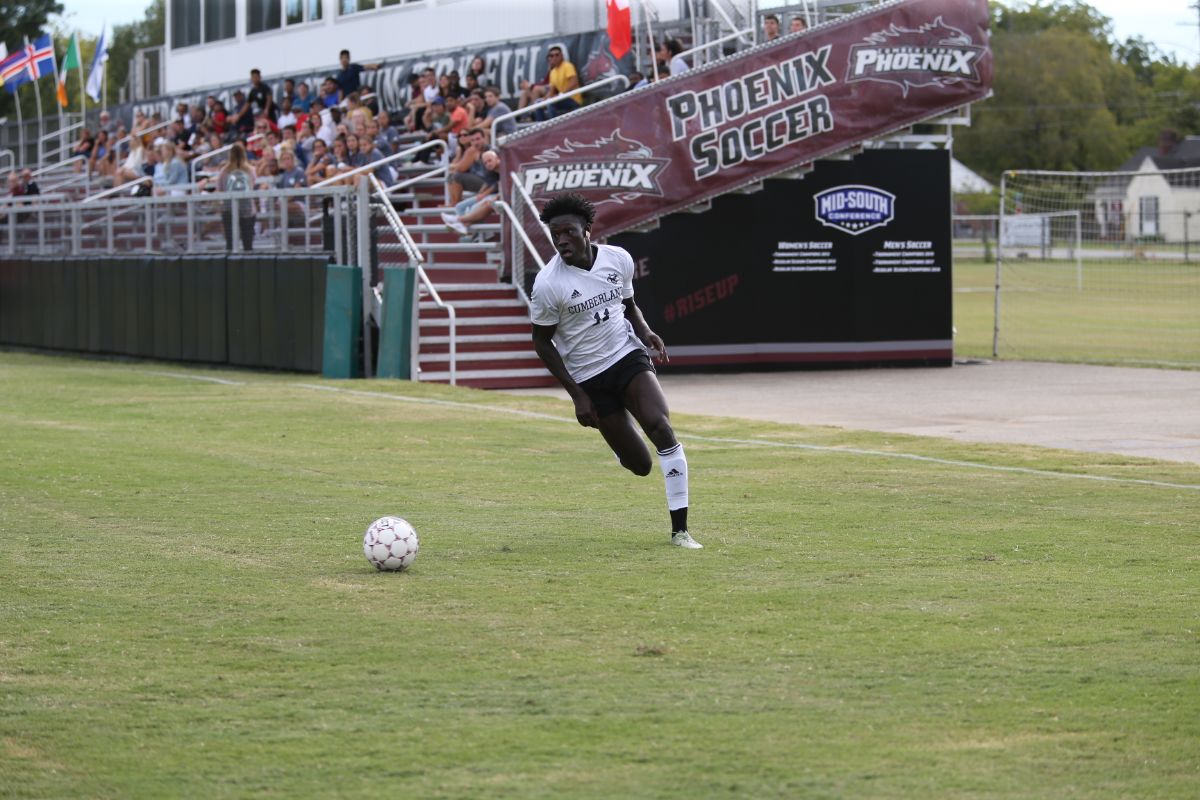 LEBANON, Tenn.- Bakary Bagayoko and Martin Walsh scored goals for the Phoenix, but it was not enough to keep pace with three second half goals by Martin Methodist as they go back to Pulaski with a 4-2 victory.

Cumberland (5-3) took 16 shots in the match and had goal scoring opportunities throughout. In the first half, Bagayoko made a beautiful shot into the top right corner that RedHawks keeper Francesco Zanin made an incredible full extension one handed save to get just enough of the ball to send it off the crossbar. Kevin Pierce made a good shot off a header that was also saved by Zanin. Zanin made four saves on the match.

Martin Methodist's (8-2) Jonas Arcalean added his NAIA leading 13th and 14th goal of the season. His first goal came in the 29th minute of the game off a pass from Nawn Thang and he was able to get it past Cumberland keeper Nicklas Rulle and later in the 76th minute added an insurance goal to extend the RedHawks lead.

Bagayoko put in the equalizer right before halftime after a beautiful pass from Brandon Gonzalez, but the Phoenix were not able to keep that momuntum in the second half. Martin Methodist's Mario Lopez scored in the 67th minute off an assist from Arcalean and five minutes later Miguel Tizapa added in a goal of his own. Arcalean followed with his goal in the 76th.

Tyler Watson and Martin Walsh were able to create some offense late when Watson got the ball at the top of the box and passed it to the right side of the goal where Walsh was able to beat keeper Zanin for the second Cumberland goal.

Martin Methodist out shot the Phoenix 21-17 in the game putting 10 shots on goal to Cumberland's six. The game also featured 28 fouls, Cumberland with 13 and the RedHawks with 15, as it was a very fast paced and physical match all game.

Cumberland will begin conference play next Monday as they take on Thomas More at 3 p.m. at Lindsey Donnell Stadium.