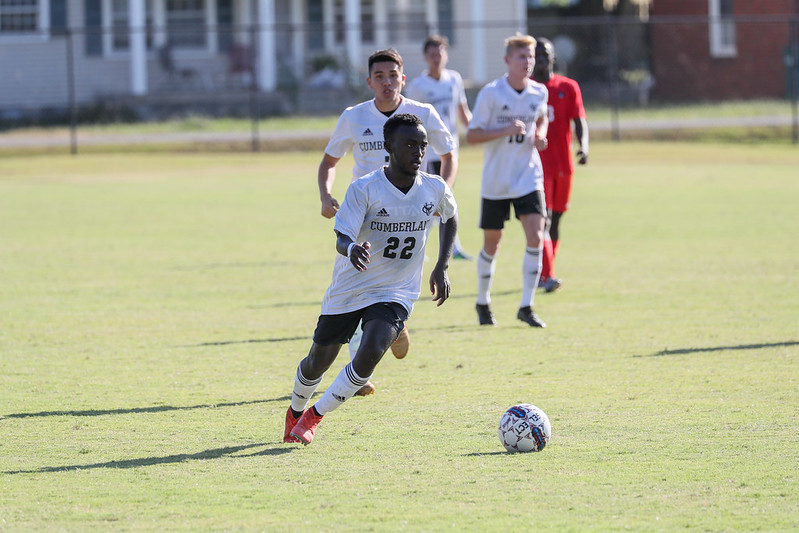 LEBANON, Tenn. - In an overtime conference matchup, the Cumberland Phoenix pull out the win over the Thomas More Saints 3-2.

Saints started off the game with a goal by Adam Matthews. The Phoenix answered back with a goal by Tyler Watson off a double assist. Thomas More’s Ethan Smith put the Saints back ahead of the Phoenix early in the 2nd half but Cumberland’s Austin Morenzoni strike’s back with a goal shortly after to tie the game till the end of regulation. Overtime ended quickly as Cumberland’s Abdulkhalik Abdi had a breakaway from the Saints defense to score the final goal of the game, making it a Phoenix victory the Saints 3-2.

The beginning of conference play was nothing but physical for both the Phoenix and the Saints. Thomas More’s Matthews was first to put points on the board off an assist by Pierce Turner in the 27th minute to put the Saints ahead of the Phoenix 1-0. Cumberland’s Watson quickly strikes back with a goal in the 29th minute off a double assist from Wilson Musyoka and Abdi to tie the game 1-1, which remained the score till halftime.

To start the second half the Saints were able to increase the lead off a goal from Smith that was assisted by Mark Mcauly in the 57th minute to put the Saints ahead 2-1. A spark lit under the Phoenix offense as just two minutes later in the 59th minute, Morenzoni was assisted by Martin Walsh to send a kick in the top right of the goal resulting in a goal to tie the score 2-2.

Continuous defensive plays were executed by both teams, resulting the time in regulation to expire. Overtime started off explosive for the Phoenix as just four minutes in, Abdi was able to outrun the Saints defenders, allowing him to shot fake the goalkeeper leading to a 3-2 Phoenix victory.

The Phoenix continue at home, Saturday, October 5th against Georgetown at 3 P.M.