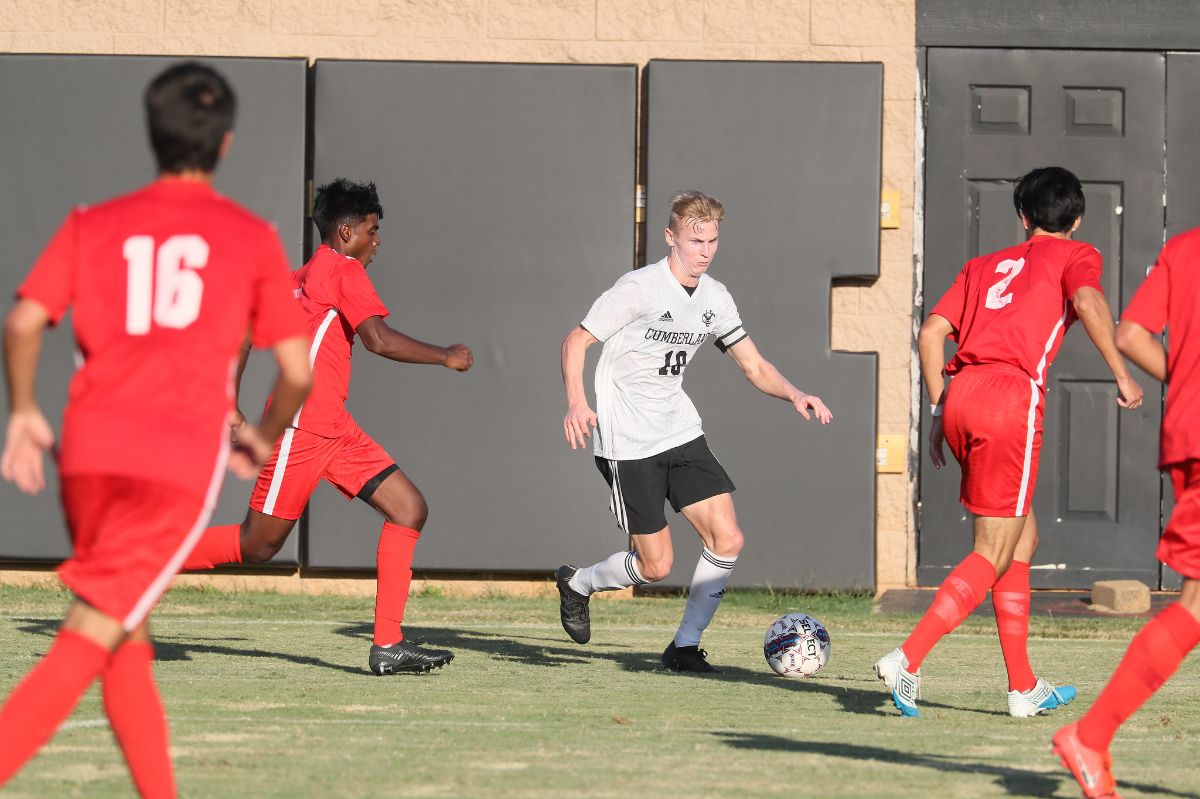 LEBANON, Tenn.- Cumberland's Tyler Watson posted two early goals, but the Phoenix were not able to hold on to the lead as Georgetown scored four unanswered goals to defeat Cumberland, 4-2.

Cumberland (6-4, 1-1 MSC) was able to out shoot the Georgetown with 17 shots as well as put 10 on goal. Watson was the bright spot for the Phoenix notching two goals while Austin Morenzoni and Martin Walsh picked up assists. The Phoenix were also able to take 11 corner kicks on the match.

Georgetown's (10-1, 1-1 MSC) Sebastian Bocaz Canales recorded three assists on the match and helped the Tigers create offense by getting the ball to three different Georgetown scorers. Tiger's goalkeeper Jacob Roberts was able to save eight shots and provide enough help for the Tigers to get the victory.

Watson scored early for the Phoenix off a throw in from Austin Morenzoni in the 2nd minute of the game. 14 minutes later, Watson found the back of the net again this time off an assist from Martin Walsh to get the Phoenix out to an early 2-0 lead.

Georgetown scored their first goal off a corner kick that Matthew Longstreet was able to put in the net after it bounced around in front of the Cumberland goal just before halftime.

The second half the Tigers Lucas Boudon Cadiz was able to register a Georgetown goal to tie the game at 2-2 off an assist from Sebastian Bocaz Canales in the 62nd minute. Noel Roman followed that with a goal as he just entered the game for Georgetown coming off another assist for Bocaz Canales, his third of the game.

The Tigers added another late goal in the 88th minute from Luca Zellman coming from a long pass from keeper Jacob Roberts and a defensive miscue by the Phoenix.

Cumberland looks to get back in the win column on Tuesday, October 8th at home vs the University of Pikeville.