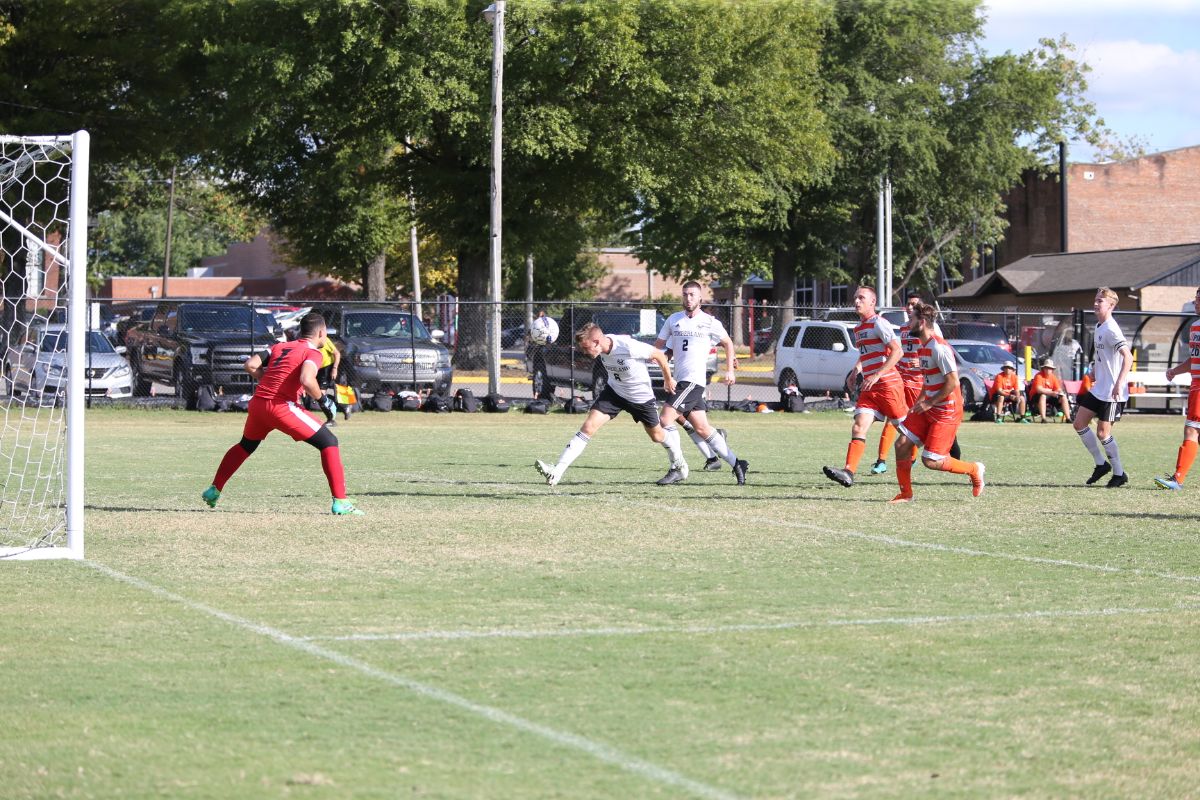 LEBANON, Tenn.- The Phoenix scored an early goal off a header from Cathal Coyne on a corner kick and never looked back, shutting out conference opponent Pikeville, 3-0.

Pikeville was the aggressor for the first five minutes of the match having two really good chance to take an early lead, but Rulle was able to stop one header off a Pikeville corner, followed immediately by Pikeville's Jack Burleson hitting the crossbar on his own header attempt.

Five miutes later, Martin Walsh made a good pass off a corner kick to the far post that Coyne was able to put his head on to beat Pikeville keeper Anibal Navarro to give the edge to Cumberland at the 10 minute mark of the match.

At the 29 minute mark, Cumberland notched its second goal after Brandon Gonzalez took a shot and Navarro saved it, followed by a quick dish to Pierce who put a shot into a wide open net. Tyler Watson added another insurance goal right after halftime to extend the lead out to three.

Pikeville keeper Navarro made 14 saves in the match.

The Phoenix travel to Portsmouth, Ohio this Saturday to take on conference foe Shawnee State at 3 p.m.