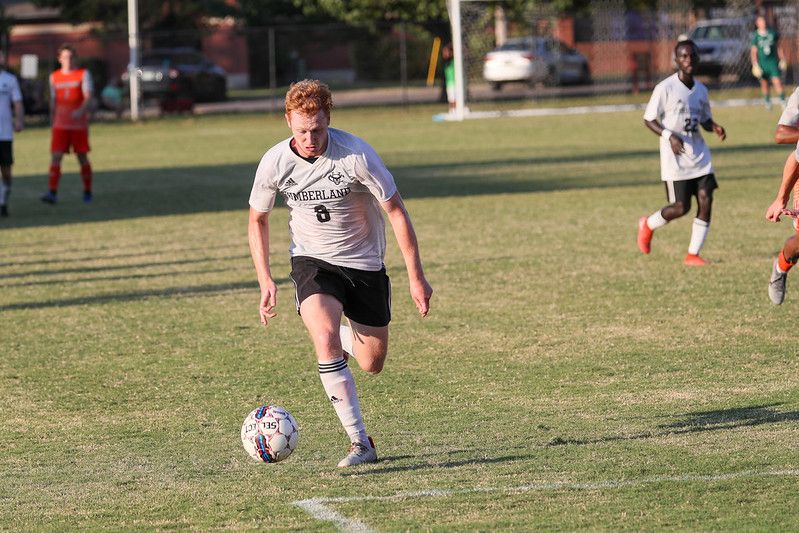 Martin Walsh lead the team in shots with five in the loss against Shawnee State (Credit: Bob Tamboli)

LEBANON, Tenn. – Shawnee’s Bruno Rovares scored in the final minutes of the first half and Shawnee State held off Cumberland, 1-0, in Men’s Soccer action Saturday night in Portsmouth, Ohio.

The Phoenix tried to attack the Bears defense early in the game as Tyler Watson, Wilson Musyoka and Brandon Gonzalez all contested shots towards Shawnee’s keeper but none were able to connect. Ravores netted a goal in the 42nd minute of the game off an assist by a throw in from Jacob Perry to put the Bears ahead of the Phoenix 1-0.

The Phoenix continued to contest shots throughout the rest of the first half, and to start out the second half by attempting nine shots with five shots coming from Martin Walsh, but none were able to connect to the goal, resulting in the Bears to win over the Phoenix 1-0.

The Phoenix continue on the road to face against ranked 12th Lindsey Wilson on Tuesday, October 15th at 5 P.M.