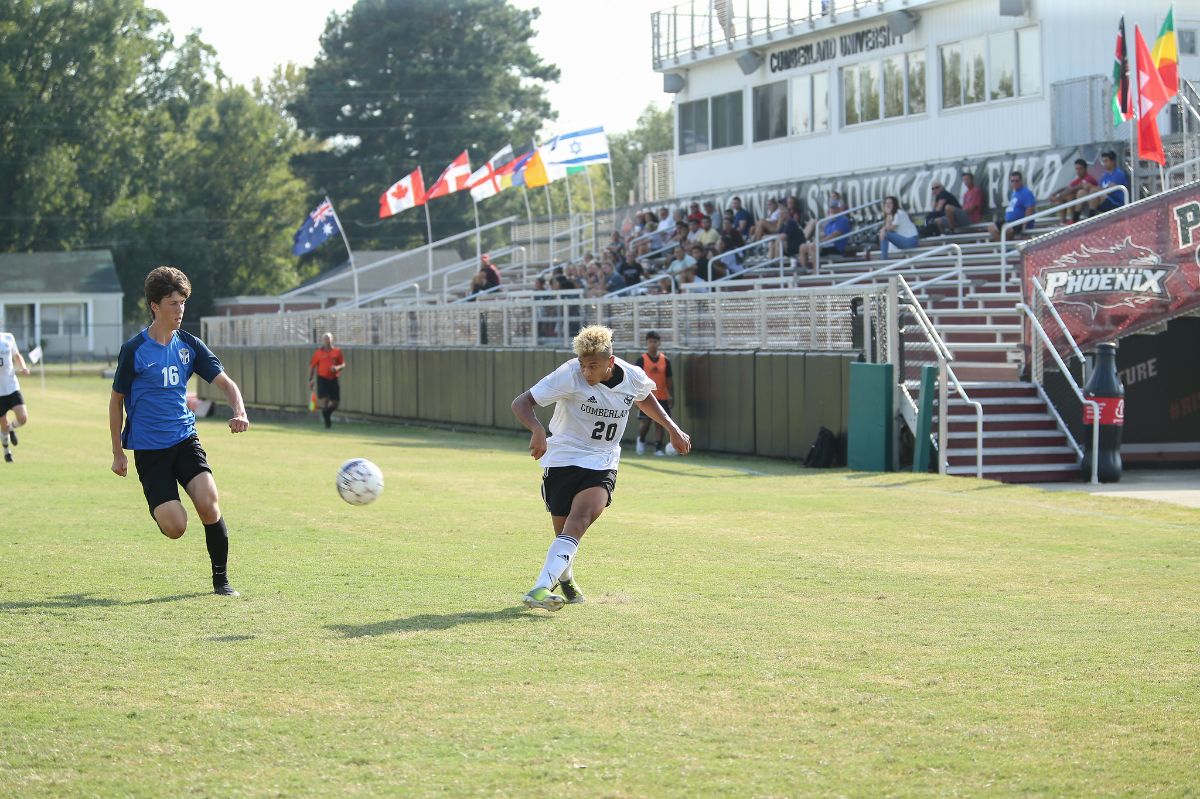 Cumberland (8-7, 3-4 MSC) battled it out in a very back and forth physical matchup that featured 46 fouls. The Phoenix were able to take nine shots with six on target led by Tyler Watson who put two shots on goal. Robin Windvogel and Ben Siri each recorded one goal and Watson added one assist.

Life moves 9-3 on the season and 6-0 in the conference. Jules scored the game-winner in double overtime and also added two assists on the other two Life goals. Luciano Diax added one goal and one assist and Wessley Soronellas scored the equalizer.

The Running Eagles got on board first when Diaz scored in the 6th minute of the match.

The Phoenix responded scoring two goals right before half when Siri scored in the 32nd minute and Windvogel put in a header from Watson 12 minutes later.

Life scored the equalizer in the 57th minute from Soronellas. Cumberland had two chances to take the lead late in the game, Watson put a shot on goal in the 75th minute and Brandn Gonzalez had a chance with 4 minutes remaining, but Running Eagles goal keeper Fabian Pekruhl made good saves.

Neither team had any goal scoring opportunities in the first overtime, but out of the gate in the second overtime Soronellas took a shot just outside the box and hit the crossbar in the top right corner. Eight minutes later, Diaz found Jules wide open at the top of the box and forced Cumberland keeper Nicklas Rulle to charge the ball. Jules beat him low near the right post for the game-winner.

Rulle and Pekruhl each collected four saves on the match.

Cumberland looks to gain some momentum heading into the conference tournament next Saturday on the road at Campbellsville.