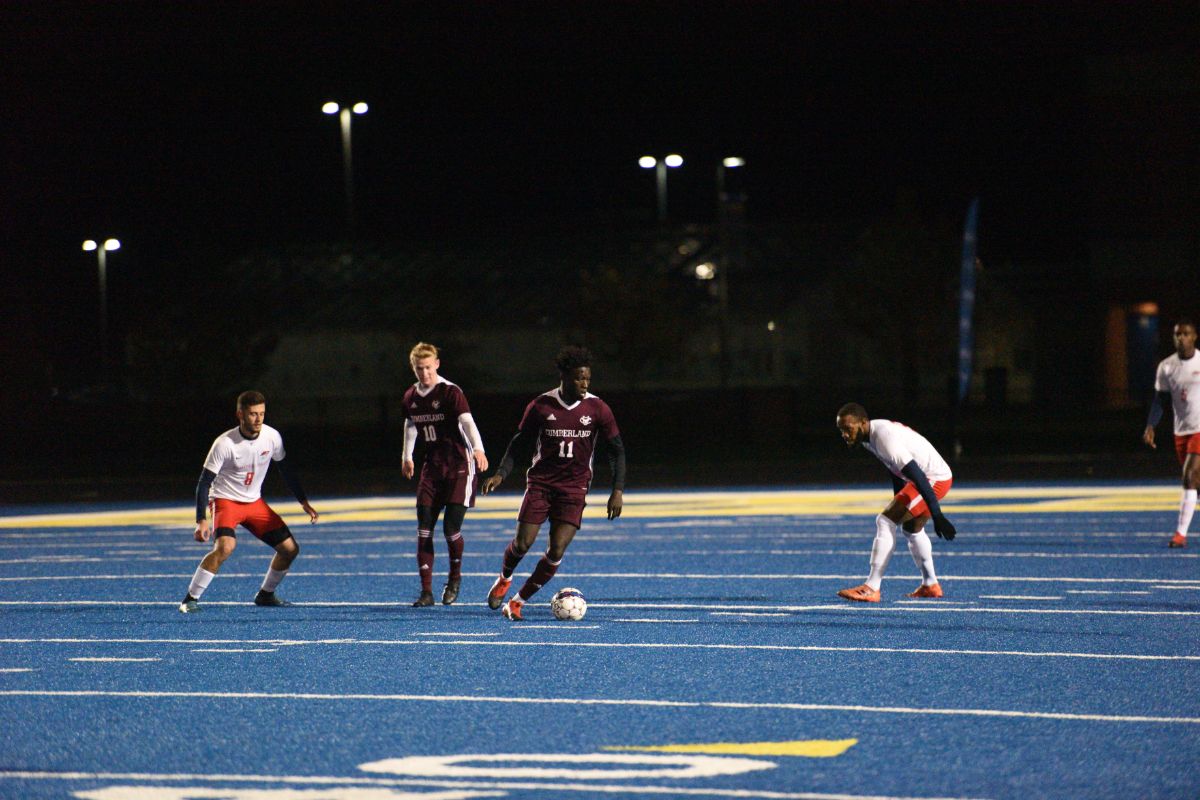 BOWLING GREEN, Ky.- Cumberland men fall to the University of the Cumberlands in a very tough, physical match, 1-0, in the Mid-South Conference quarterfinals.

The Patriots (10-6-1) outshot the Phoenix (8-9) 10-6 in the game while the Phoenix held a 4-3 advantage in shots on goal. Each team endured a very tough defensive battle, not leaving many opportunities for either team to score. Luis Jara scored the lone goal for the Patriots.

Ben Siri posted three shots on goal out of four shots and Bakary Bagayoko also registered a shot on goal. Keeper Nicklas Rulle allowed one goal and made two saves.

Jara posted the lone goal for the Cumberlands off an assist from Joel Drewery. Keeper Akililu played very well in goal for the Patriots making four saves in the shut out.

Each team only posted one shot on goal in the first half while fighting to get an advantage, but both team's could not get much offense created.

Luis Jara scored for Cumberlands in the 47th minute. Joel Drewery collected the assisst. The ball slipped through Cumberland goalkeeper Nicklas Rulle's legs in an attempt to cradle it. Ben Siri had the best chance for the Phoenix to tie it in the 67th minute when he fired a shot to the top corner of the goal, but it was just in reach of the Cumberlands Akililu Zambataro.

Cumberland fought desperately to get the goal back, but the Patriots defense shut them down every chance the Phoenix got until the final buzzer went off.

The Patriots advance to Sunday's semifinals against second-seeded Lindsey Wilson at 5 p.m. in Bowling Green.