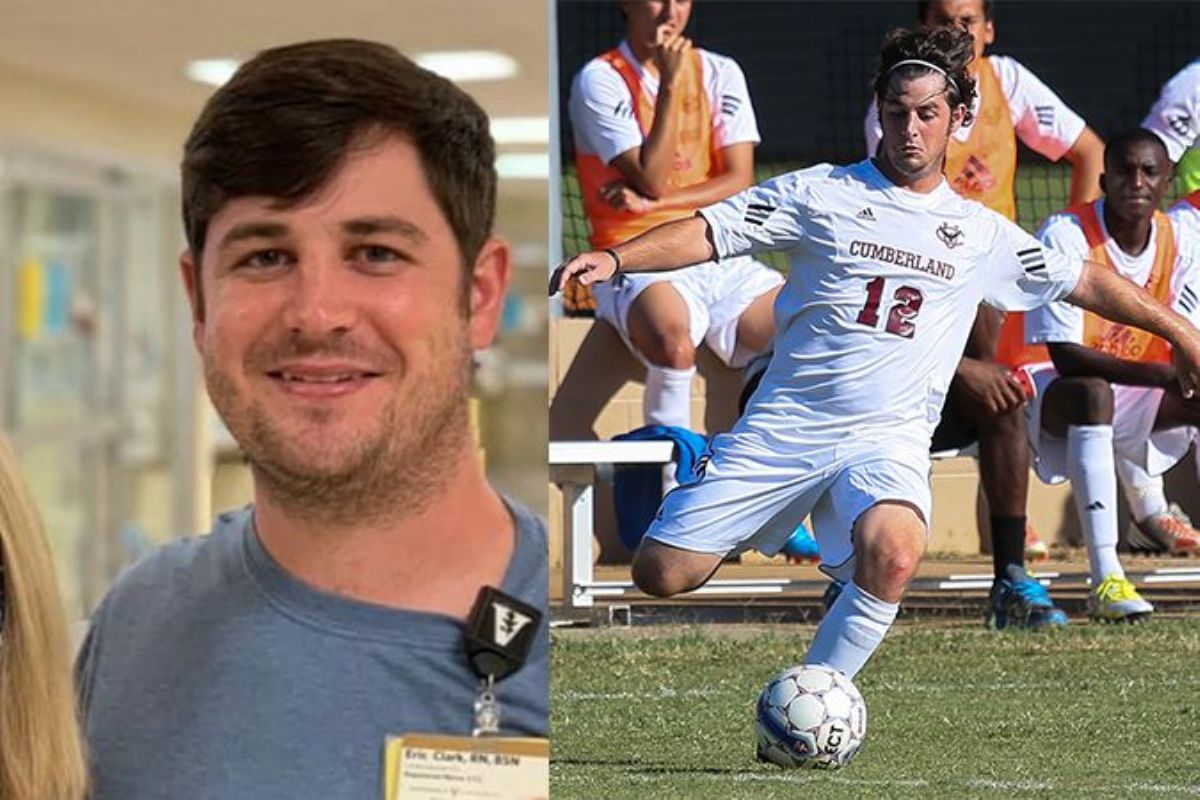 Clark is originally from Greenbriar, Tennessee, and attended Pope John Paul II in Hendersonville. He was a four-year letter winner in soccer scoring 27 career goals and 16 assists for the Knights. He helped the team reach the state quarterfinals in 2007 and the state semifinals in 2008. He also lettered two years in golf during high school before heading to Lebanon for his collegiate career.

“I chose Cumberland at the time because soccer was my dream in college, and CU gave me the scholarship in order to fulfill that while staying close to home where all of my family could see me play,” Clark said.

As a player at Cumberland, Clark showed incredible consistency throughout his four years playing in 70 games with 63 starts. He played a pivotal part in Cumberland’s defensive efforts over those four seasons, but managed nine goals and three career assists with his best offensive season coming in 2011 scoring six goals and notching two assists.

His senior season the squad went 7-13-1 but made a run in the Mid-South Conference Tournament defeating the University of the Cumberlands in overtime and shocking the number two ranked team, Lindsey Wilson, in the semifinals.

“My biggest athletic memory at CU was beating Lindsey Wilson in the semifinals of the conference tournament when they were ranked number two in the nation,” Clark added.

That game and that conference tournament can be looked back upon as a turning point in the Cumberland men’s soccer program history. Each year after that the program has had a better and better record and picked up three conference titles due to the footprints that Clark and his teammates left behind.

Clark has since moved into the nursing world working at Vanderbilt in the cardiovascular intensive care unit for the past four years. He is also working on getting an MSN degree from the University of Alabama-Birmingham to become a nurse practitioner.

As a former athlete, Clark has brought a lot of the character traits that he devolved throughout playing sports into his profession, but one of the most important he talks about is teamwork.

“A valuable thing I learned at CU was teamwork. Everyone worked together and worked for each other to make our team better. We treated each other as family. Everyone at CU knew each other. There was no strange face, it was like one big family.”

Davidson County has had over 3,800 coronavirus cases with 41 deaths since everything broke loose in Tennessee. 2,300 of those patients have fully recovered, but there is still a lot to be done to overcome this battle. Clarks stated that it has affected not only his life at work, but also how he can interact with his family.

“The coronavirus has impacted me because it has completely changed the atmosphere at work creating more anxiety and stress for the patients and families who cannot see their sick family members. These families rely on us as nurses to be their form of communication and to be the voice for them during these times when they cannot be at the bedside for their loved one.”

“This has also impacted me personally because I am not allowed to spend the time with my family like I used to because I do not want to put them in danger of what I could’ve potentially been exposed to,” he said.

One thing Clark really enjoys about his job is the reaction that his patients get after they have just completed a heart or lung transplants. He states that the emotions are priceless and that it is impactful on their lives.

“I work on the cardio unit, we are doing multiple heart and lung transplants weekly and it motivates me to see these patients wake up after getting a transplant and take their first breath or listen to their new heartbeat. Seeing the look on their face and the emotions they experience is the reason I love my job.”

Cumberland University Athletics would like to thank Eric and all healthcare workers for their dedication during this pandemic.