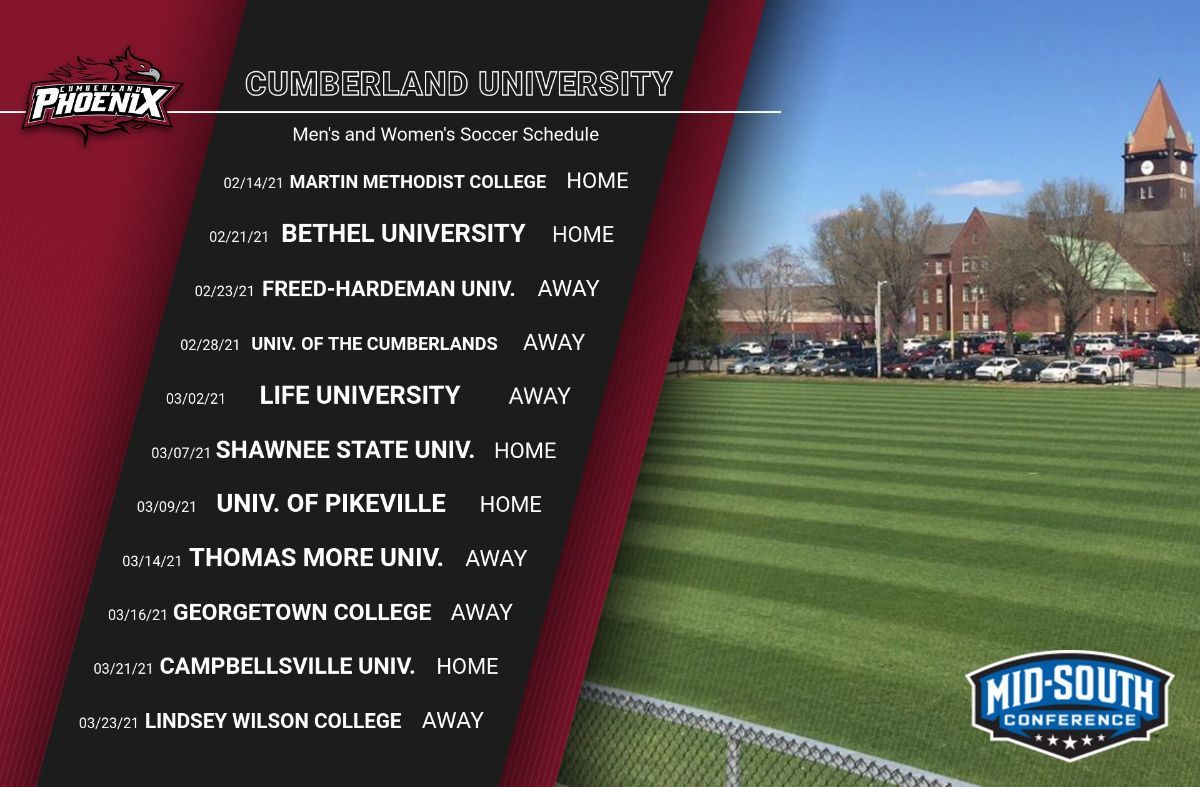 The 12-team conference features an 11-match schedule beginning on Feb. 14, 2021, with the final match of the regular season slated for March 23, 2021. All dates are scheduled for men and women's doubleheaders.

The MSC Tournament begins on Sunday, March 28, 2021, with opening-round games hosted at the higher seed of geographic groupings. The opening-round winners advance to the final site in Bowling Green for the remainder of the tournament. The eight teams advancing to Bowling Green will be seeded based on the regular-season winning percentage.

NAIA officials announced on Aug. 20 that the women's soccer tournament would move from Orange Beach, Alabama, to Foley, Ala. to the Ralph Schumacher Soccer Complex with the final-site tournament beginning running April 27 through May 3, 2021. The men's soccer tournament final site is moving to Blanchard Woods Park in Columbia County, Georgia, running May 4-10.

Men's and women's soccer will open up the 2021 season with a slate of games against Mid-South newcomers. Longtime rival Martin Methodist will come to Lindsey-Donnell Stadium on either Feb. 14 or 16 for the opening conference match. The Phoenix will play host to conference newcomer Bethel University on Feb. 21 before heading to Henderson, Tenn., for a match with Freed-Hardeman on Feb. 23.

Cumberland will travel to the University of the Cumberlands on February 28 and before traveling south to Marietta, Ga., for a match with Life. The Phoenix will host back to back home games on March 7 and 9 against Shawnee State and Pikeville.

The soccer programs will be on the road for three of their last four matches of the season going to Thomas More (Mar. 14), Georgetown (Mar. 16), and Lindsey Wilson (Mar. 23). The final home match of the season will be against Campbellsville University on Sunday, March 21.

Game times will be announced at a later date.