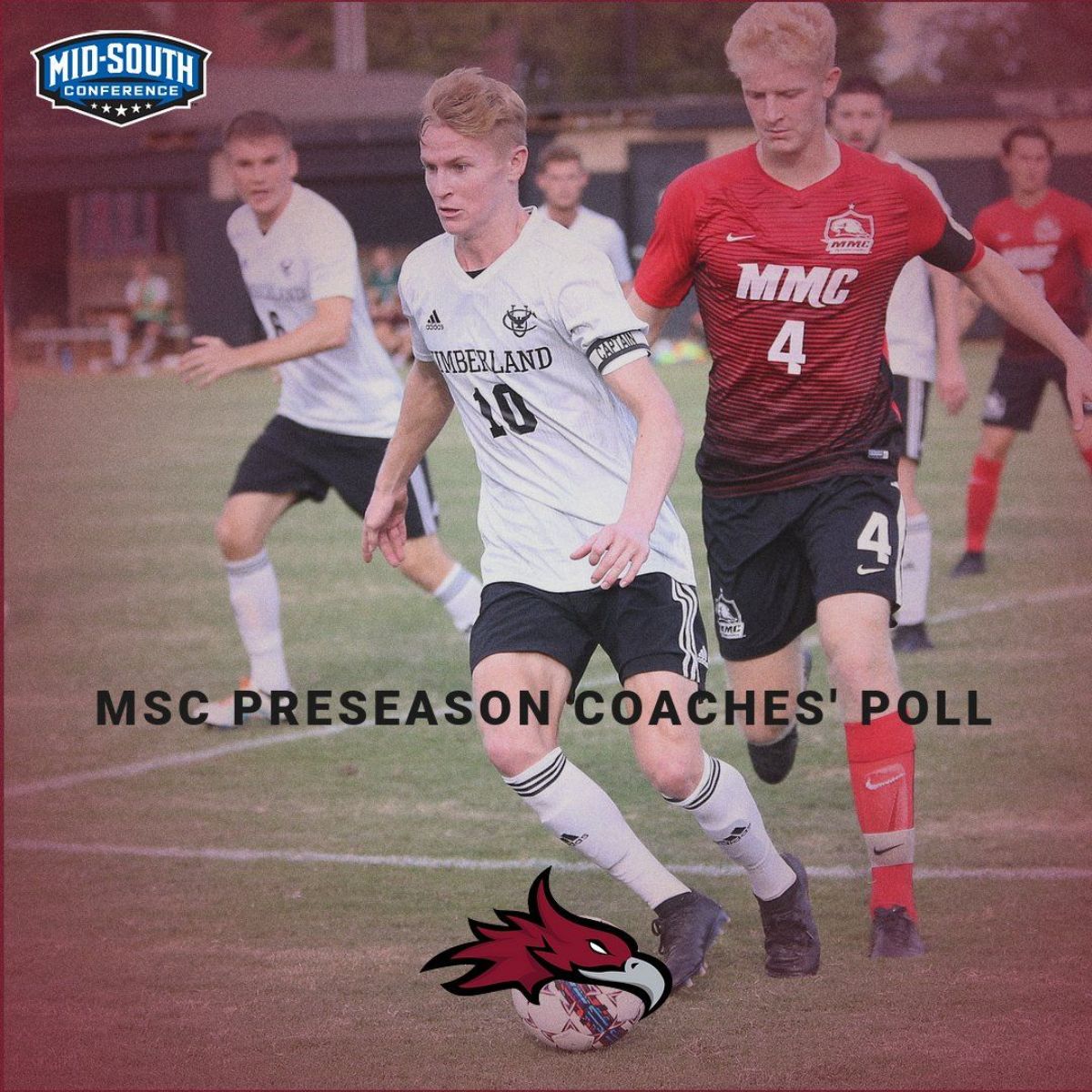 Cumberland is coming off of one of their worst seasons in recent history only winning eight games, but the Phoenix struggled to keep a lot of players healthy throughout last season. The Phoenix has seven seniors on this year's roster and are returning 10 starters.

Lindsey Wilson (Ky.) has been selected as the preseason favorite to capture the Mid-South Conference Men’s Soccer regular-season crown. The Blue Raiders received 113 voting points and six first-place votes from the conference coaches.

Last season, Lindsey Wilson captured the MSC Tournament Championship and managed to make a run to the 2019 NAIA National Semifinals, closing out the season with a 16-4-1 (7-1 MSC) record.

Life (Ga.) is second in the preseason poll with 112 voting points and five of the first-place votes. The Running Eagles captured the 2019 MSC regular-season championship.

Bethel (Tenn.) gathered 97 points in the poll for third-place and is one of three new additions to the conference. Campbellsville (Ky.) received 89 voting points for fourth while the second of three newly added members, Martin Methodist (Tenn.), picked up 81 points and the final first-place vote for fifth in the poll.

Cumberlands (Ky.) received 78 voting points for sixth followed by Cumberland (Tenn.) in seventh with 62 points. Georgetown (Ky.) is eighth in the poll with 49 voting points while Shawnee State (Ohio) is ninth with 45.

Thomas More (Ky.) picked up 25 points for 10th in the coaches’ poll with Pikeville (Ky.) just two points shy with 23 for 11th in the poll. New member, Freed-Hardeman (Tenn.) rounds out the poll in 12th with 18 voting points.

Coaches were not allowed to vote for their own teams.

The MSC regular-season conference schedule is set to kick-off in February with the 2020-21 MSC Men’s Soccer Tournament Championship slated for April 1-10 in Bowling Green, Kentucky.