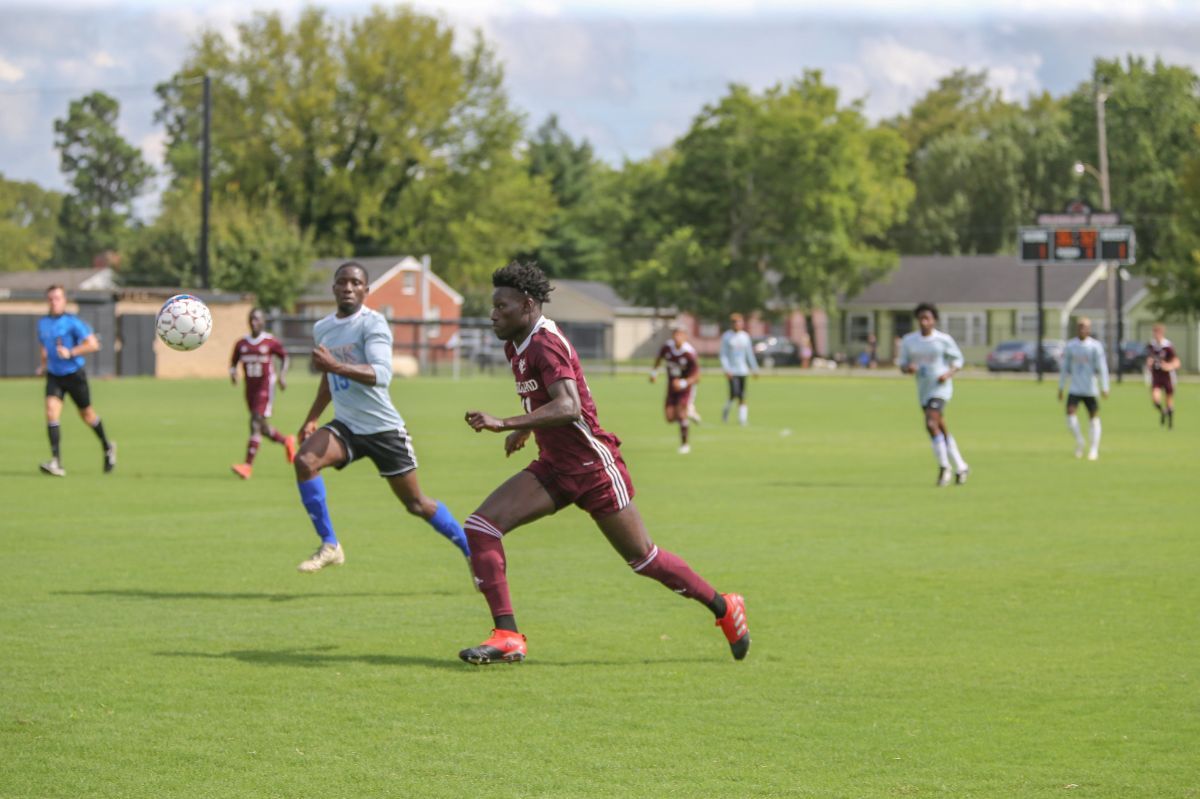 After getting down early, the Phoenix defense stepped up and did not allow another shot all game. Cumberland posted 23 shots to the Bears one. Cumberland put 11 shots on goal with five of them finding the back of the net.

Pikeville picked up six yellow cards and one red card in the match while Cumberland only had one.

Pikeville jumped ahead first with a goal in the third minute. Victor Vechi found a streaking Favio Govea for a goal off of a header.

Cumberland scored the equalizer in the 33rd minute, Thomas Groenhilder slotted a ball to the top left corner of the box for Bakary Bagayoko. Bagayoko made one move to the right and fired it past the keeper to tie it up.

Just before halftime, Pikeville's Rodny Rodriguez picked up his second yellow card of the match sending him off with a red and forcing the Bears to play a man down the rest of the game. With 23 seconds left in the half, Cumberland took the lead on a Cathal Coyne header for a goal off an assist from Austin Morenzoni.

Bagayoko scored his second goal of the match off an assist from Carson Tighe in the 69th minute to give the Phoenix a 3-1 lead.

The Phoenix tacked on another goal off a Bagayoko header for his third goal of the game. Cumberland added an insurance goal on a Cam Stanley penalty kick. This was Stanley's first career goal.

Cumberland is back in action on Sunday, March 14 against Thomas More University in Crestview Hills, Kentucky.