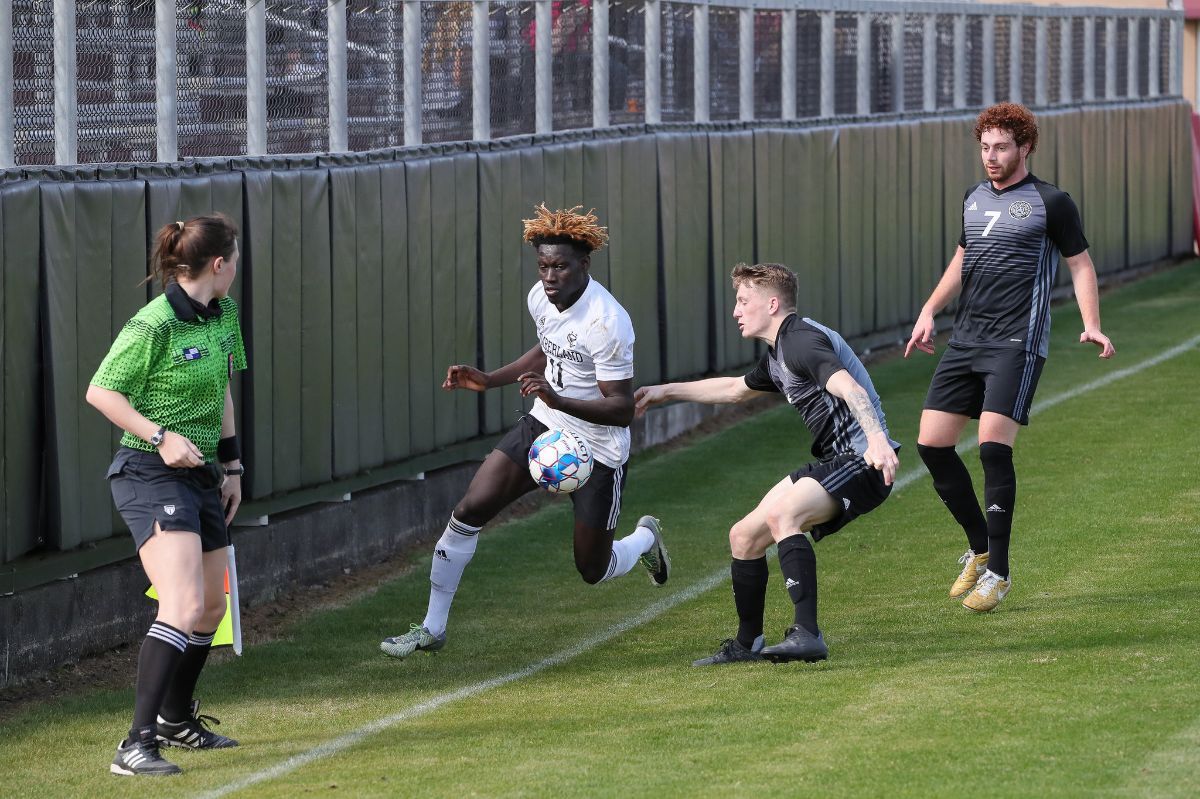 COLUMBIA, Ky. - Bakary Bagayoko scored two goals for the Phoenix, but it was not enough to keep pace with three second half goals by Lindsey Wilson as they fell to the Blue Raiders, 4-2.

Bakary Bagayoko led the Phoenix in shots with two being on goal that resulted in goals. Thomas Groenhilder followed behind with two shot attempts.

The start of the first half was electric for the Phoenix as Bagayoko scored a goal in the 2nd minute coming off an assist by Aidan Doherty, to put the Phoenix up, 1-0. At the 25th minute mark the Blue Raiders were able to tie the game at one, coming off a goal by Lindsey Wilson’s Rainer De Jesus. Both teams continued to attack the goal but none were successful before the ending of the first half.

In the second half, Lindsey Wilson’s Cyrus Harmon was able to find the goal for the Blue Raiders at the 57th mark to put them ahead, 2-1. Just three minutes later the Blue Raiders were able to connect on another goal coming from Vitor De Lima, to help increase their lead to 3-1.

Bagayoko was able to receive a pass from Carson Tighe in the 71st minute to score his second goal of the day, to cut the lead to, 3-2. The Phoenix continued to attack the goal throughout the second half but all came up unsuccessful. Rainer De Jesus was able to find the goal in the 86th minute to bump Lindsey Wilson’s lead to 4-2. The remaining time of regulation ended, and the Blue Raiders won the match, 4-2.

The Phoenix will be back at home to face against Bethel University on Monday, March 29th at 1:30 P.M.