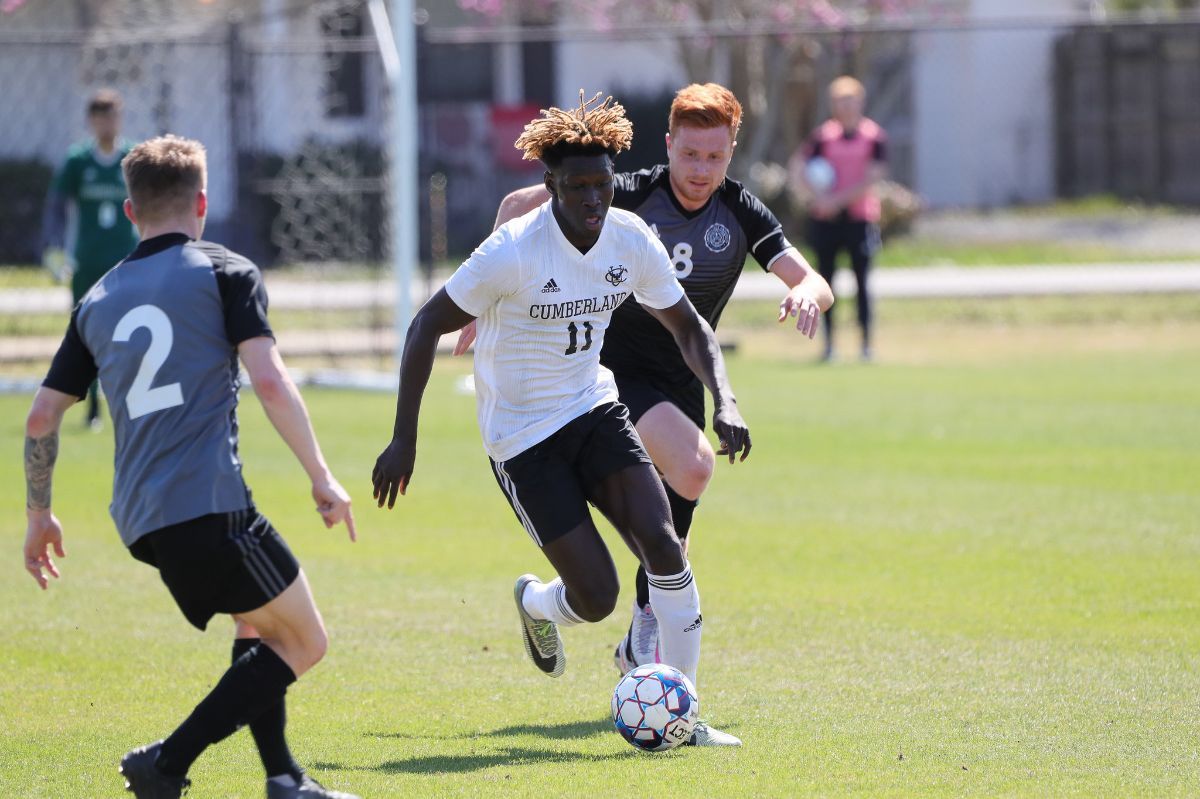 LEBANON, Tenn.--Bakary Bagayoko netted four goals that led the Phoenix to a 4-0 win and earn the fourth-seed in the Mid-South Conference Tournament. The Phoenix will have a first-round bye and await the results of the Opening Round matches next Tuesday.

Bagayoko led the team in shots with seven with four of them connecting for a goal. Daniel Picken followed behind with three shots and recorded one assist.

Cumberland cracked the scoreboard in the 21st minute. Martin Methodist fouled CU from 40 yards out setting up a free-kick from Brandon Gonzalez. Gonzalez's kick was missed by the first line and Bagayoko was able to slot it past the keeper for his first goal of the match.

Just three minutes later, Wilson Musyoko was driving the ball down the sideline and put a beautiful through ball to Bagayoko who beat the keeper again for his second goal.

In the 32nd minute, on a counter, Carson Tighe made a long pass to Bagayoko and he dribbled around three RedHawk defenders before bending it into the top-right corner of the goal for his second hat-trick of the season.

Bagayoko found the back of the net one more time in the second half to extend the Cumberland lead to 4-0. Daniel Picken assisted the 61st-minute goal.

Cumberland keeper Carl Koester made two incredible saves to preserve the shutout off of Martin Methodist corner kicks. The first came off a header from Tiago Lopes that Koester was able to push over the crossbar and moments later Koester made a full-extension one-handed save to punch it away from the net. Koester ended the game with three saves in the shutout against the Redhawks.