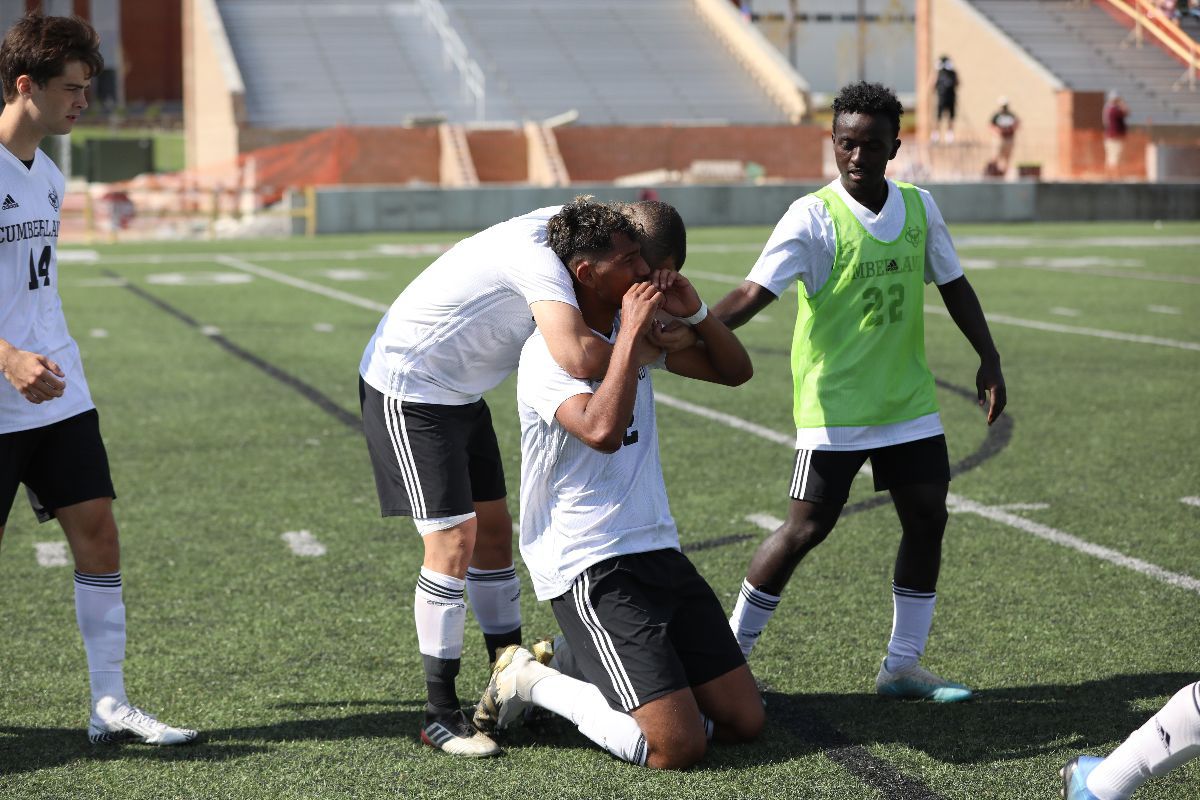 CAMPBELLSVILLE, Ky.- Cumberland Men’s Soccer team advances to the Mid-South Conference Semifinals, due to Tyler Watson’s tying goal and a 4-2 shootout win against the Campbellsville Tigers.

Brandon Gonzalez led the team in shots with five, with two being on goal. Bakary Bagayoko and Watson followed behind with three, with two on goal.

The first period started out fast for the Phoenix as Cumberland attempted seven shots with three being on goal but were all saved by Campbellsville’s goalkeeper Jeremi Campagnolo. The Cumberland’s tight defense didn’t allow the Tigers to find the goal throughout the whole first half, sending the game to halftime tied at zero.

The Phoenix continued to lock down the Tigers offense in the start of the second half but Campbellsville’s Tom Edge was able to find an opening to put the Tigers ahead, 1-0 in the 67th minute. That didn’t stop the Phoenix as they continued to attack the goal, as Tyler Watson was able to find a small opening between multiple Campbellsville defenders to tie the game up at one at the 81st minute. No team could find the goal in the remainder of regulation, resulting in the game to go into overtime.

Thomas Groenhilder put the Phoenix on the board first with a precise shot in the bottom left of the net. Campbellsville’s Sebastiano Musu missed his shot wide right, keeping the Phoenix ahead, 1-0. Aidan Doherty was able to capitalize on another goal for the Phoenix, taking a 2-0 lead. The Tigers finally put points on the board as Edge was able to slide by Cumberland’s goalkeeper Carl Koester.

The Phoenix will be facing Bethel University at 12:30 P.M. in Campbellsville, Kentucky!