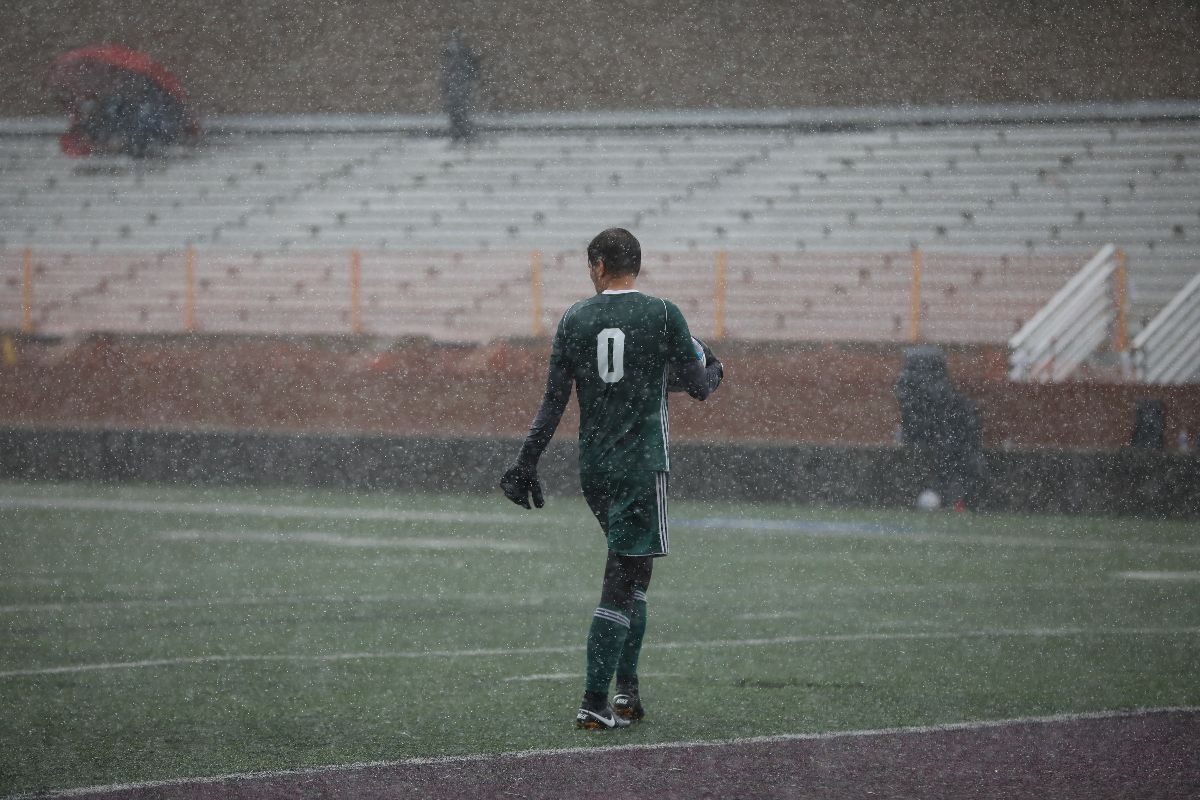 CAMPBELLSVILLE, Ky.-- After No. 4 Cumberland advanced to the Mid-South Conference Tournament Semifinals on some late dramatics the Phoenix and undefeated Wildcats were deadlocked late and were bound for penalty kicks again, but a counter-attack long ball to Alioune Diop was headed in off the left post for the golden goal victory.

Cumberland (6-5-1) was short-handed after a first half red card on Brandon Gonzalez forcing the Phoenix to play conservative and pack the box oftentimes. The Phoenix had a few opportunities on set pieces, but could not get any to fall. The constant rain in Campbellsville made for tough conditions on bioth sides limiting opportunities for both squads to find the net.

Bethel (12-0-0) won the regular-season Mid-South Conference Championship and sits at No. 9 in the last National Poll. The Wildcats stuck the Mid-South Conference Defensive Player of the Year, Diop, on Bakary Bagayoko slowing him down to just one shot that was off the frame.

Cumberland seeked some late game heroics in the second half from Tyler Watson again, still not 100% from an injury earlier in the season. Watson scored the equalizer in the closing minutes against Campbellsville. He found the frame three times leading Cumberland in shots and shots on goal, but could not put it in the back of the net.

Cumberland were outshot by the Wildcats 18-9, large part due to being a man down for nearly 80 minutes of the match, but the Cumberland backline did a fantastic job limiting the shots on goal to just five. Phoenix keeper Carl Koester made four saves in the match.

Bethel had several shots that just missed going in early on and a chance late in the second overtime period on a similar play as the game-winner. Bagayoko nearly had a one-on-one opportunity in the first overtime with the Bethel keeper, but was called for the offside.

Bethel took 10 corner kicks to Cumberland's six. Despite the Wildcats fouling the Phoenix 16 times they never received a card while Cumberland drew two yellows and one red.

The Phoenix season comes to an end and will have a short turnaround as play is expected to return to the normal fall season.