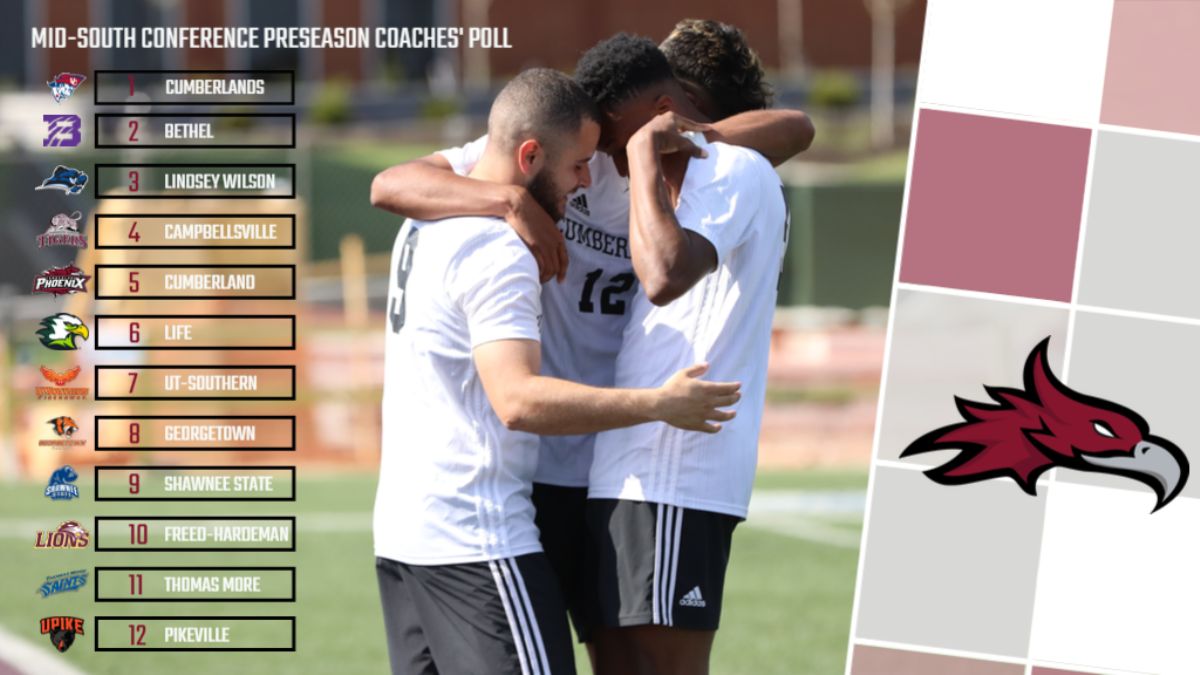 Cumberland posted a 6-5-1 record last season and 5-4-1 in conference play. The Phoenix return 14 players that have seen significant playing time the last several seasons including three All-Conference selections from a season ago.

The University of the Cumberlands has been selected as the preseason favorite to capture the Mid-South Conference Men’s Soccer regular-season crown. The Patriots received 115 voting points and eight first-place votes from the conference coaches. Last season, Cumberlands captured the MSC Tournament Championship and managed to make a run to the NAIA National Quarterfinals.

Bethel (Tenn.) -- who captured the 2020-21 MSC regular-season championship – is second in the preseason poll with 110 voting points and two of the first-place votes. The Wildcats made an appearance in the opening round of the national tournament.

Lindsey Wilson gathered 107  points and the final two first-place votes in the poll for third-place while Campbellsville is fourth with 85 points. Cumberland received 83 voting points for fifth, Life is sixth with 75 points, and Tennessee Southern -- formerly Martin Methodist -- earned 59 points and is slotted seventh.

Freed-Hardeman picked up 28 points for 10th in the coaches’ poll with Thomas More (Ky.) in 11th with 23 points. Pikeville (Ky.) rounds out the poll with 13 points

Coaches were not allowed to vote for their own teams.

The Phoenix will open up the 2021 season on the road on August 24th at Brewton Parker College. Cumberland's home opener will take place on August 28 against Marian University and conference play will pick up on September 21 against the University of the Cumberlands at home.