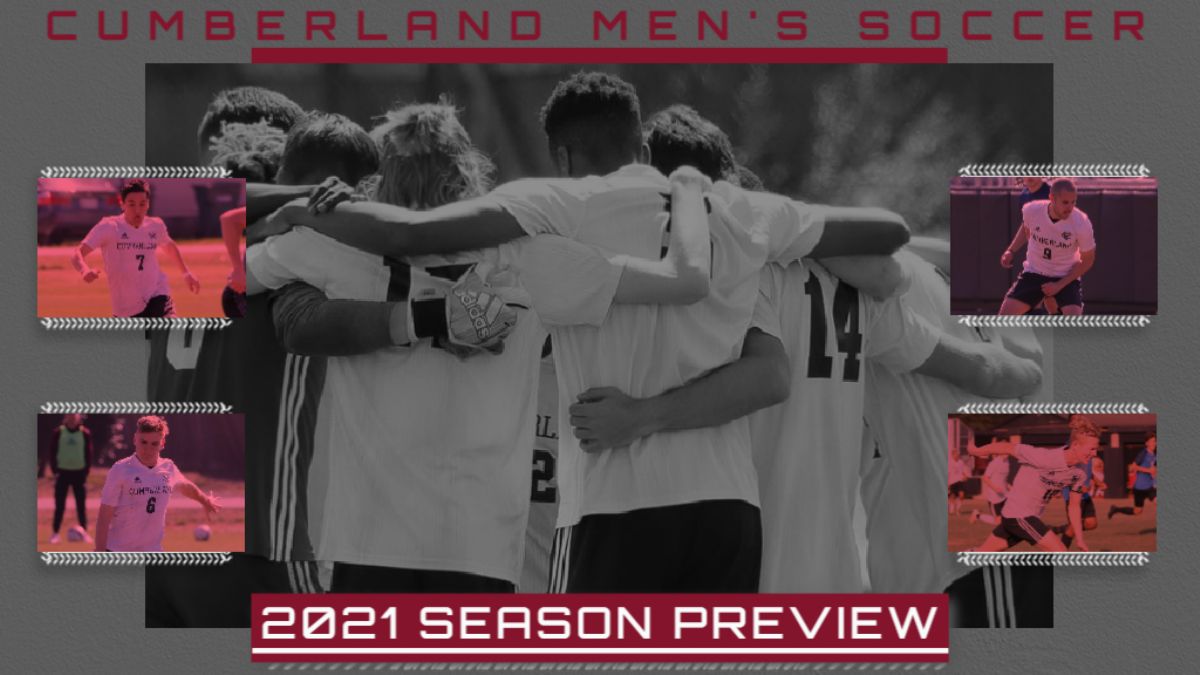 LEBANON, Tenn.-- The Cumberland University men's soccer program heads into the 2021 fall season with a roster chalked full of talented players and a challenging schedule ahead of them.

Head Coach Adam Grant returns a plethora of players from last year's group that finished the season 6-5-1 overall and 5-4-1 in the conference. The team played in many tight matches, with four going to overtime or ending in a draw. The Phoenix had a positive goal differential of +6 last season on top of 77 total shots on goal throughout the 12 game schedule.

"Last year battled some odd things, but I am pleased with how we dealt with adversity with injuries, covid, and whatnot," Coach Adam Grant said. "I expect we may still be dealing with some things this coming season, and we are going to need everyone on our roster."

Cumberland posted two impressive victories over RV Campbellsville University, once in the regular season 4-2 and once in the first round of the Mid-South Conference Tournament 2-1 (4-2 PKs). The season ended with a 1-0 double-overtime loss to Bethel University in the second round of the conference tournament.

The Phoenix have just completed their preseason training with exhibition matchups as well as conditioning and practices. "We were doing two-a-days for a while and it was good to have high-level preseason games to learn a lot about ourselves," Grant said.

The Cumberland men open the season on the road with a match on Saturday, Aug. 24, against Brewton Parker College at 4:00 PM. Looking down the schedule, the experienced group takes on four teams ranked in the NAIA Preseason Top 25, including #16 Georgia Gwinnett, #6 University of the Cumberlands, #10 Bethel, and #12 Lindsey Wilson College.

"We are just really excited to get the year going and play some of these tough matches here and on the road coming up," Grant said.

The team returns senior midfielder Tyler Watson after a 2021 campaign that earned him a spot on the All Mid-South Second Team. Watson finished with three goals in five appearances, which was the second-best output on the team. One of the losses for the Phoenix was Bakary Bagayoko, with 15 goals in 12 matches. Bagayoko earned spots on the NAIA All American list as well as the All-Mid-South Conference First Team.

Cumberland also lost their Captain in defender Aidan Doherty and midfielder Wilson Musyoka. Both players started 11 games last season, so there will be some new faces on the pitch for the team this fall.

Walsh enters his Junior season with Cumberland after a 2021 spring season where he started five games and tallied a goal and an assist. Manchester, England, native Kam Stanley returns for his second season with the Phoenix after a freshman campaign in which he saw action in nine matches and scored one goal.

John Azar is back for his third season with the Phoenix following a spring campaign in which he appeared in seven matches while registering seven shots. Newcomer Nawn Thang joins the forward group after transferring in from Harding College.

Seattle, Wash., native Brandon Gonzalez comes off a spring campaign where he tallied two goals and an assist in 10 starts. Also returning is Monaghan, Ireland native Robin Windvogel after a sophomore season which included appearances in seven contests and three shots.

Thomas Groenhilder, a native of Stavanger, Norway, is set to reprise a big role after a freshman campaign that included 11 starts and two goals in the spring. Carson Tighe from Hendersonville, Tenn., enters his second season with the program following a year where he registered two assists in ten appearances.

Daniel Picken returns to the team for his senior season following a spring season in which he appeared in 12 games for Cumberland with ten starts and one assist. Mobile, Ala., native Retsin Kabambala joins Cumberland after spending two years in the JUCO ranks at Pearl River Community College where he recorded two goals and two assists. Cumberland acquired another transfer in Cade Good after he joins the team following his transfer from Asbury University.

Cathal Coyne, a native of Ireland, returns to the pitch for the Phoenix after starting over 20 contests in his first two seasons, which includes two goals and five shots on goal. Stephen Itugbu is another starter returning on the backline for the Phoenix after a spring campaign in which he started seven matches and played in nine.

Cumberland also returns second-year players Carter O'Bryan and Lucas Anderson, who saw limited action in two matches last year but should be in line for a role increase this season. The Phoenix also brings in freshman Edvin Grevskott and Claude Niyubuntu from Nashville, Tenn.

The men's program also returns their starting goalkeeper in Nicklas Rulle, along with newcomers Reese Garcia and Jakob Forster.
Nicklas Rulle of Saebe, Denmark, also had a solid season for the Phoenix after starting four games and emerging with a .778 save percentage and a 1.47 goals-against average.

Jakob Foster transfers into the program after a year at Brothers College where he appeared in one match. Reese Garcia joins the Phoenix after a successful high school career at Republic HS in Hermitage, Tenn.

Cumberland is gearing up for their first match of the year at Brewton Parker on Tuesday, Aug. 24 at 4:00 PM in Mount Vernon, Ga. The Phoenix play their first home match of the season against Marian University at 3:00 PM at Lindsey Donnell Stadium. All Cumberland home matches for the 2021 season are streamed on the Cumberland Sports Network.