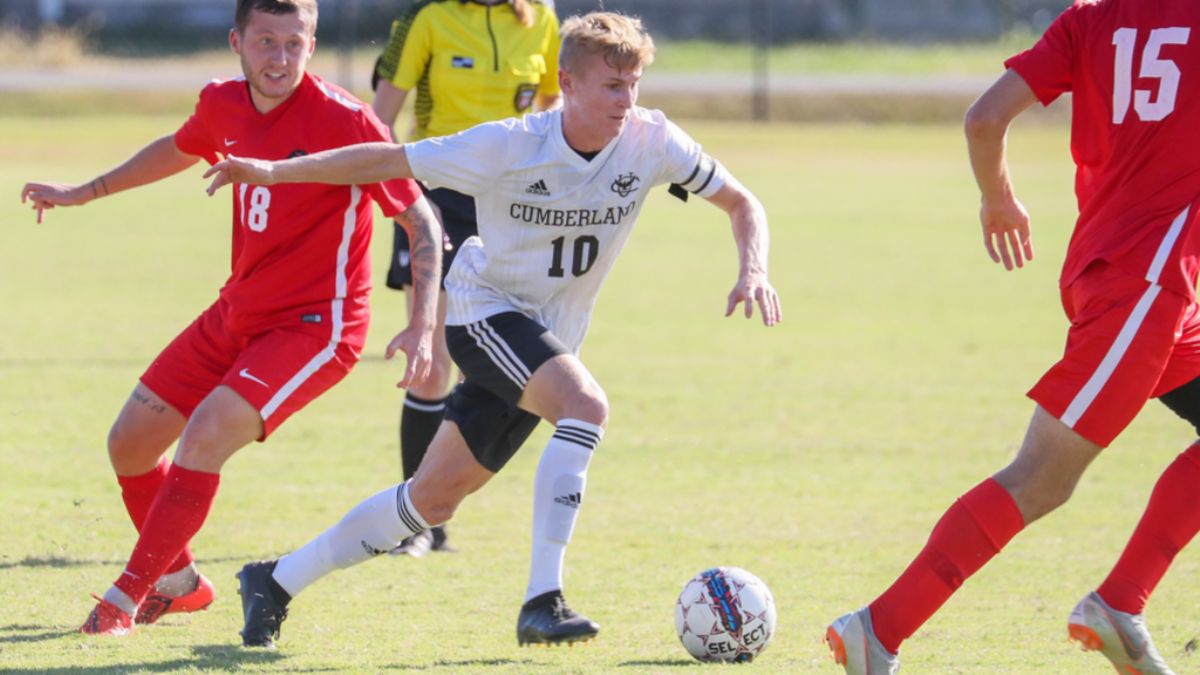 Tyler Watson scores the first goal of the season as Cumberland holds on for a 1-0 win. (Credit: Steve Wampler)
Cumberland at Brewton-Parker | August 24, 2021

"The lads worked extremely hard in the heat and had a great desire to win the game. We looked dangerous in attack at times and created some good chances, but should of been more clinical. Good to get our first win away from home against a good team," head coach Adam Grant said

Cumberland outshot the Barons 16-7 with seven Phoenix shots being on goal. Watson led the attack with six shots and two on goal. Thomas Groenhilder and Martin Walsh each fired two shots. Walsh put one shot on frame to Groenhilder's two.

CU goalkeeper Nicklas Rulle made three saves in the win, all three saves came in the first half before Cumberland's backline tightened up to allow just three shots in the second half. Baron's keeper Jamair Stewart allowed one goal and made seven saves in the match as Brewton Parker falls to 0-2 on the season.

Cumberland found themselves in prime position to take the lead in the 20th minute with an opportunity from the penalty spot. Baron's goalkeeper stewart redeemed himself with a great save after committing a foul that led to the penalty chance for Cumberland.

Watson's goal came 15 minutes later off a pass from Cumberland newcomer Nawn Thang. The assist for Thang is his first with the Phoenix. Thang played in his first game with Cumberland after transfering from Harding College.

The Barons had a big opportunity to get the equalizer with five minutes to play. Off a corner, Caleb Summerfield found the head of Isaiah Lamont, but the shot went off the post and Cumberland cleared it away safely.

Each team had four corner kicks in the match while Cumberland was whistled for 14 fouls to Brewton Parker's five.

The Phoenix return home on Saturday for the home opener against Marian University at 3 p.m. at Lindsey Donnell Stadium-Kirk Field.