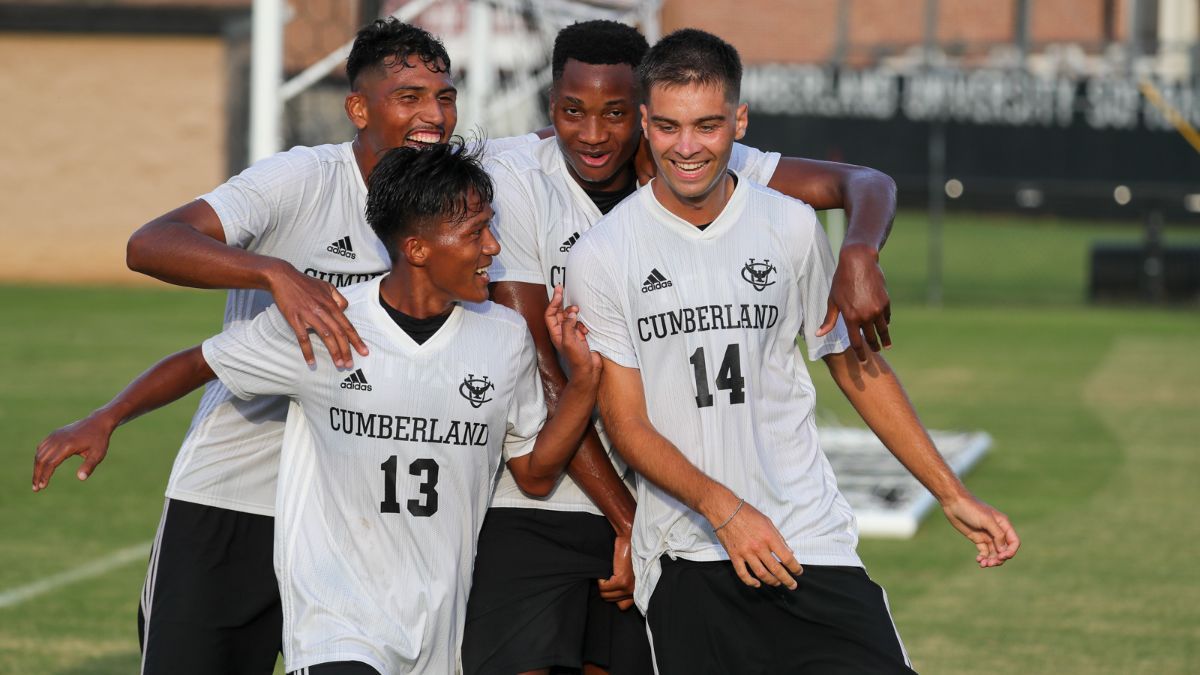 LEBANON, Tenn.--After a two-hour weather delay, Cumberland held on for a 2-1 win over Marian in men's soccer action at Lindsey Donnell Stadium on Saturday afternoon.

Cumberland (2-0-0) dominated time of possession from the jump outshotting Marian 16-7. Marian was only able to put one shot on goal and that happened to be the lone goal for the Knights. Cumberland put nine shots on goal as Tyler Watson led the way with three shots and one goal. Thomas Groenhilder scored the game-winner in the second half.

Marian (1-2-1) made a push towards the end of the game, but could not get the equalizer. James Jenkins scored the goal off a corner kick and keeper Brenden Weiger made seven saves allowing two goals.

Cumberland had a few chances in the opening minutes to try and get on the board as Thang was in the center of the box and fired a shot that was saved. The ball ricocheted off Weiger to Daniel Picken and his shot just missed high. A few moments later, Watson tried to find the near post for a goal, but it was punched out of bounds for a goal kick.

Watson put Cumberland on the board first in the 19th minute. Watson was able to beat the keeper in the bottom left corner of the goal for his second of the season assisted by Nawn Thang.

Cumberland extended the lead with 30 minutes to play when Joaquin Carrillo pushed it from the right side of the field to Thomas Groenhilder at the corner of the box. Groenhilder drove the ball and made a nice hesitation move to get Marian off their feet and beat the keeper in the bottom right corner of the goal.

Brandon Gonzalez almost caught keeper Brendan Weiger sleeping as he fired a shot from near midfield. Weiger was able to get just enough on to push it over the crossbar and keep the game at 2-0.

Marian cut into the lead with off a corner kick from Kyle Van Keulen. His cross found James Jenkins who hit a rocket into the goal in the 64th minute.

Cumberland and Marian battled the last 25 minutes with Marian pressing numbers forward. The Knights accumulated more shots in the time frame than they did all game, but the defense held it together to fend off the attackers and get the win.

Four yellow cards were dished out in the game as each side picked up two. Keeper Nicklas Rulle made one save in the match allowing one goal to Weiger's seven saves and two goals allowed. Cumberland attempted five corner kicks while Marian posted four.

The Phoenix return to action next Thursday at Lindsey Donnell Stadium against Fisk University.