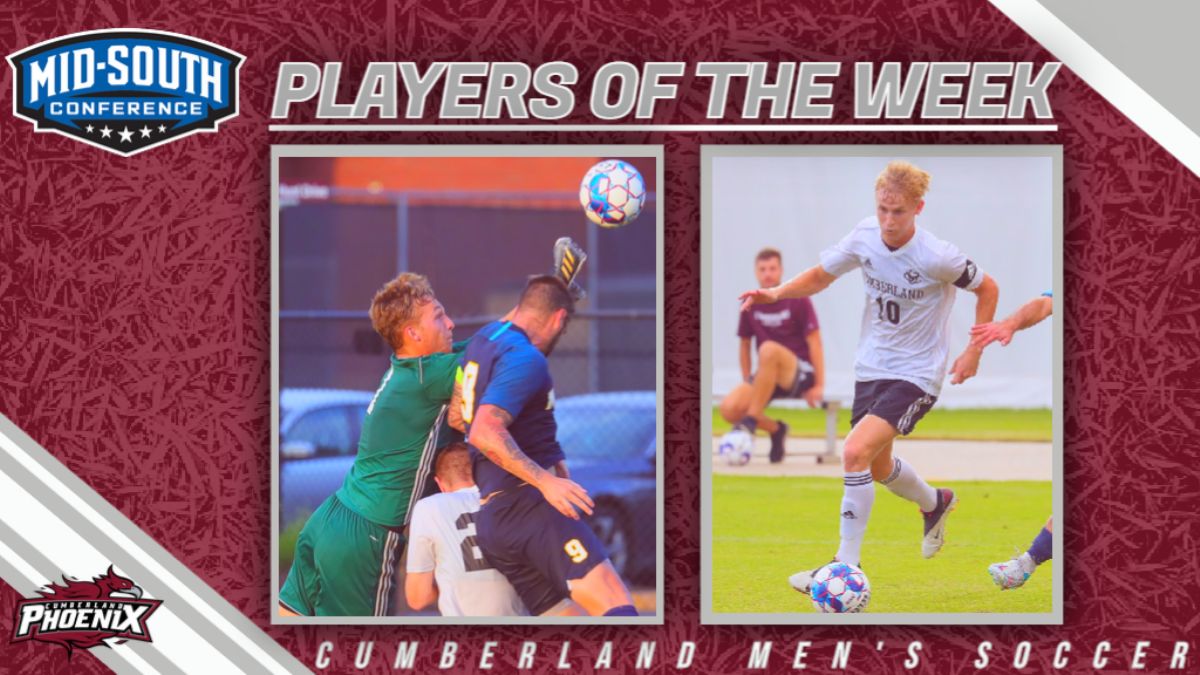 LEBANON, Tenn.--Cumberland's Tyler Watson and Nicklas Rulle were recognized as Mid-South Conference Men’s Soccer Offensive and Defensive Players of the Week, respectively, for their performances in victories over Brewton Parker College and Marian University, announced by the league office.

Watson's two goals add to his career total of 26 goals, good enough for fifth on the all-time list for Cumberland.

This is Watson's first MSC Offensive Player of the Week honor this season and the second of his career. The first came in his freshman season in 2017.

Rulle picked up his first shutout of the year in the season opener against Brewton Parker and allowed one goal in a 2-1 win over Marian. The junior recorded three saves on the road against the Barons and one save at home against Marian. He was the keeper of record for both Phoenix wins this week.

The Saebe, Denmark, native has recorded three shutouts in his career and earned his first weekly honors of the season and his career.

The Phoenix continues action on Thursday, September 2at home vs Fisk University.