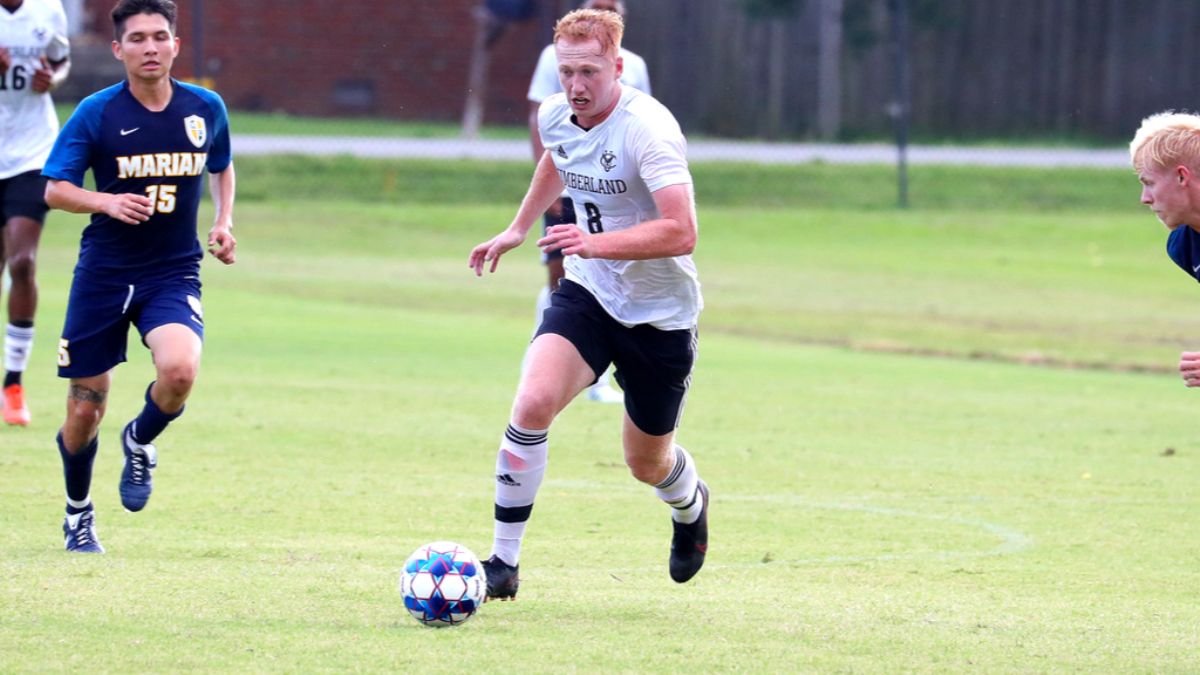 LEBANON, Tenn.--Martin Walsh picked up a pass from Retsin Kambala and buried the shot to give Cumberland a 3-2 victory over Delta State University in men's soccer action on Labor Day at Lindsey Donnell Stadium-Kirk Field.

Cumberland trailed early giving up a goal on a corner kick. The Statesman had a well designed set piece that Tom Toulson sent out to the top of the box and Remi Emeriau hammered home to put Delta State up in the 16th minute.

In the 27th minute, Austin Morenzoni made a long throw in to the far post and Tyler Watson was able to head it to the back of the net to tie things at 1-1. The goal is Watson's third of the season scoring a goal in each match the Phoenix have played.

Cumberland capitalized on a free kick as Austin Morenzoni found the back of the net after Kam Stanley set up Morenzoni with a great pass in the box.

Moments before the half concluded, Delta State scored their second goal off another set piece from the corner as Toulson this time found Carl Swennburg and he beat Rulle on the near post tie it at 2-2.

The Phoenix would take the lead on a great defensive play by Kabambala who took it away from a Delta State player and put a pass to Walsh at the back post for a one-timer into the back of the net.

Delta State pushed to get the equalizer for the remainder of the match, but Nicklas Rulle and the backline for Cumberland was able to stifle any Stateman opportunities to hold on for the win.

Nicklas Rulle moves to 3-0 in goal as he made four saves in the match. Cumberland was outshot by the Statesmen 18-12, but CU put three more shots on the frame than Delta State.

Each team had to play a man down the last 20 minutes as a player from each side was sent off with a red card.

Cumberland will be back at home next Saturday, September 11 to take on No. 16 Georgia Gwinnett at 3:00 p.m.