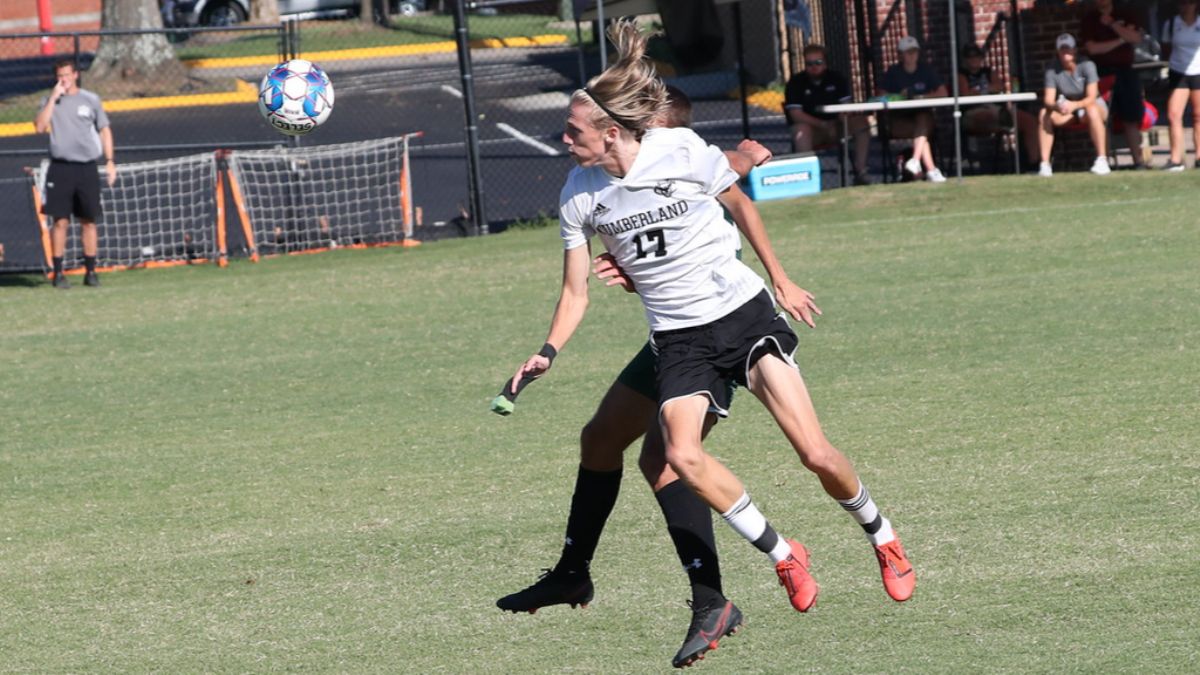 RICHMOND, Ind.--Kam Stanley netted three goals to lead Cumberland to a 4-0 win on the road at Indiana University-East Wednesday afternoon.

Stanley scored the first goal of the match on a penalty kick and then add goals from two headers that Daniel Picken assisted. The freshman had the first multi-goal game of his career with the hat-trick this afternoon.

Cumberland (4-1) dominated in the clean sheet as the Phoenix did not allow the Red Wolves (0-7-1) many goal scoring opportunities. The majority of the match was played on the IU-East side of the field with Cumberland attacking.

Cumberland scored early as IU-East keeper Alex Visscher charged a ball in the box and was called for a foul giving CU a penalty kick. Stanley took the penalty kick and buried it to give Cumberland a 1-0 lead after seven minutes.

In the 15th minute, Brandon Gonzalez fired a shot that was knocked out of bounds for a corner kick. Gonzalez then took the corner kick and crossed it in front of the box that Visscher snagged, but he dropped it behind the goal line for an own goal.

Daniel Picken found Stanley for the third and fourth goals for Cumberland. The first one came in the 35th minute that Stanley knocked home and then again in the 57th minute.

Cumberland registered 15 shots on goal and 19 total shots to IU-East's two. Keeper Nicklas Rulle picked up his fourth win with just two saves as the Phoenix defense played tremendously not allowing the Red Wolves to get in positions to take shots.

CU took nine corners in the game to IU-East's two, Cumberland was whistled for five fouls to the Red Wolves 13 and IU-East picked up two yellow cards.

The Phoenix will return home on Saturday to take on Thomas University at 3:00 p.m.