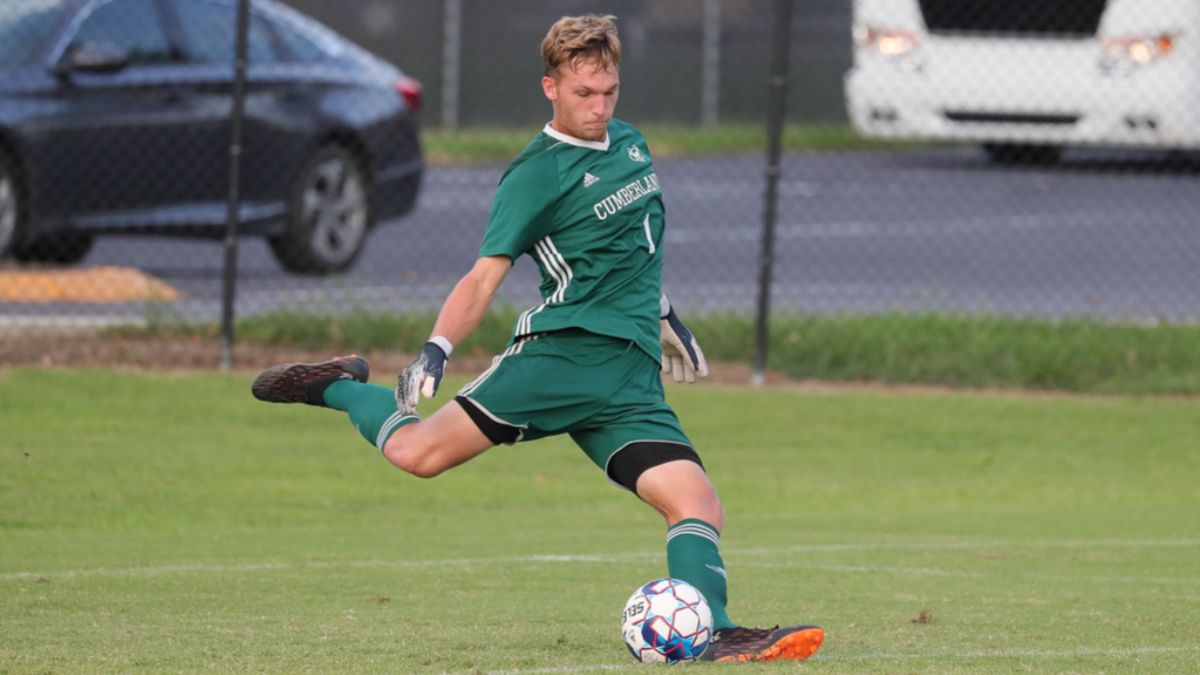 Nicklas Rulle made two saves in the loss against Bethel on the road. (Credit: Steve Wampler)
Cumberland at Bethel (TN) | September 29, 2021

MCKENZIE, Tenn.--In the first game since Bethel was knocked out of the NAIA Top-25 polls and Cumberland was thrust in at No. 20, Bethel holds on to defeat the Phoenix 1-0 at Wildcat Stadium.

Cumberland (5-2-1, 1-1-1 MSC) was not able to put a shot on goal all match as the Wildcats backline kicked away any opportunities the Phoenix had. Bethel (7-3-1, 2-1-0 MSC) edged the Phoenix in shots 17-11. The Wildcats put three on frame. Cumberland had more corner opportunities with five, but could not manage to do anything with their chances.

Cumberland keeper Nicklas Rulle made two saves in the match allowing one goal while Norberto Lima Vieira did not have to make any saves all night.

Cumberland was outplayed in the first half as the Phoenix managed just one shot from Kam Stanley that was blocked. Bethel notched eight shots in the first half with just one on goal when Bethel found Alphonso Gooden on a header that Rulle saved.

CU stepped up the offensive intensity in the second half, in a span of three minutes Cumberland was able to push four shots, but none found the frame off of two Cumberland corner kicks.

Bethel struck first in the 66th minute off a free-kick from Justice Nmeregini. His strike from outside of the box was initially blocked by Rulle, but the backspin on it spun it right into the net for a 1-0 Wildcats lead.

The Phoenix had an opportunity in the 82nd minute to tie the match, as the cross from Cumberland found Stanley at the back post, but Stanley's header missed hitting the side of the net. The Phoenix had a free-kick from outside of the box two minutes later with two shots blocked.

Cumberland made a push in the final minutes, but could not get a shot on goal and Bethel holds on to get the win.

The Phoenix will be back in action on Saturday at Lindsey Donnell Stadium to take on Freed-Hardeman at 3:00 p.m.