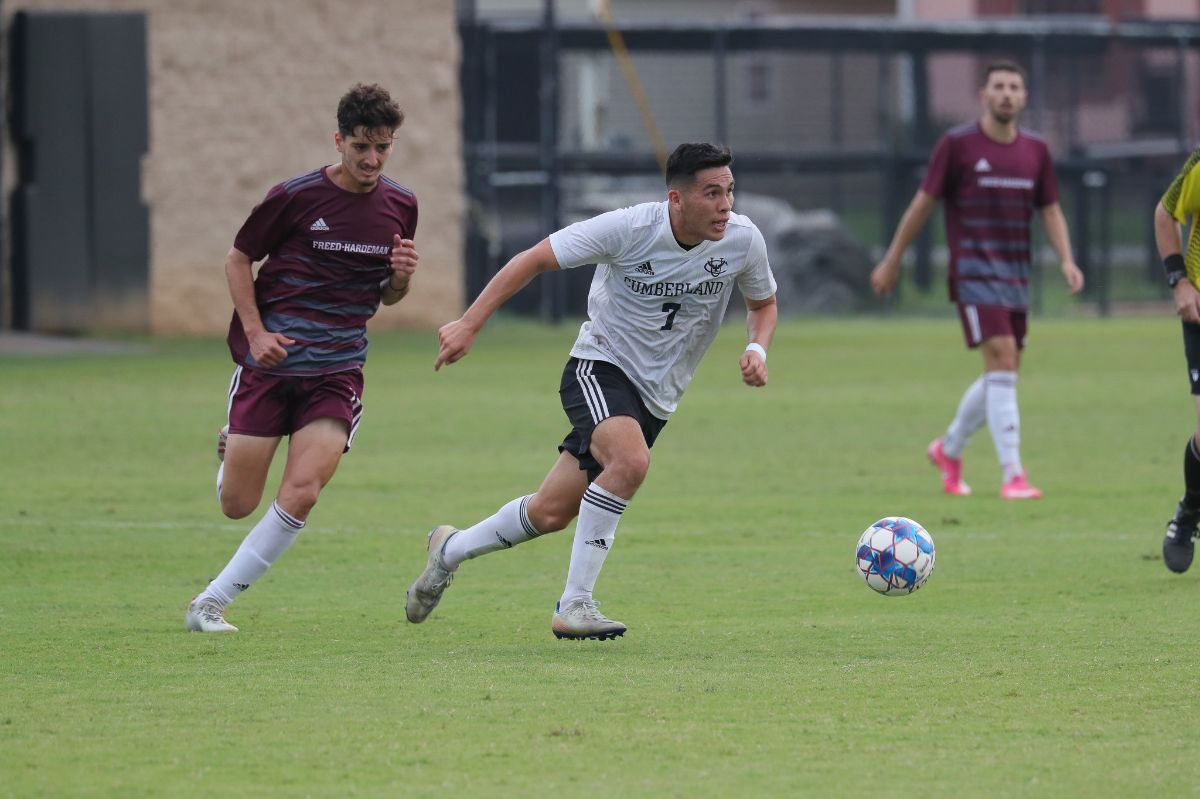 The Phoenix worked their way down the field and put pressure on the Bears early. In the sixth minute, Martin Walsh found Brandon Gonzalez, who beat Bears goalkeeper Bas Markus to establish a 1-0 lead.

Cumberland established control of the ball in the first half, which led to many opportunities to score.
The Phoenix outshot the Bears 9-4, and both teams had two shots on the net going into the half.

CU had a great chance to score again with ten seconds to play in the half on a corner kick where both Cathal Coyne and Martin Walsh had great opportunities to put the ball in the back of the net.

Cumberland kept up the pressure in the second half with ample scoring opportunities early and often.

In the 65th minute, referees gave Cumberland a team red card, giving Shawnee State the 11-10 man advantage for the remainder of the match.

The Phoenix lept out to a 2-0 advantage in the 72nd minute on a fantastic feed from Brandon Gonzalez as he found Tyler Watson to send it into the net.

The Bears scored just two minutes later in the second half on a goal from Joao Toledo to trail 2-1 with 26 minutes to play in the match.
The Cumberland backline held strong to end the game with a 2-1 Phoenix victory.

Statistically for the Phoenix, CU led the final shot total in the game, with seventeen to Shawnee's nine. Individually, Martin Walsh led the Phoenix with three shots on goal, while Brandon Gonzalez led the team with three points in the match.

The Phoenix return home to take on Thomas More University on, Wednesday, Oct. 13 at 3 p.m.