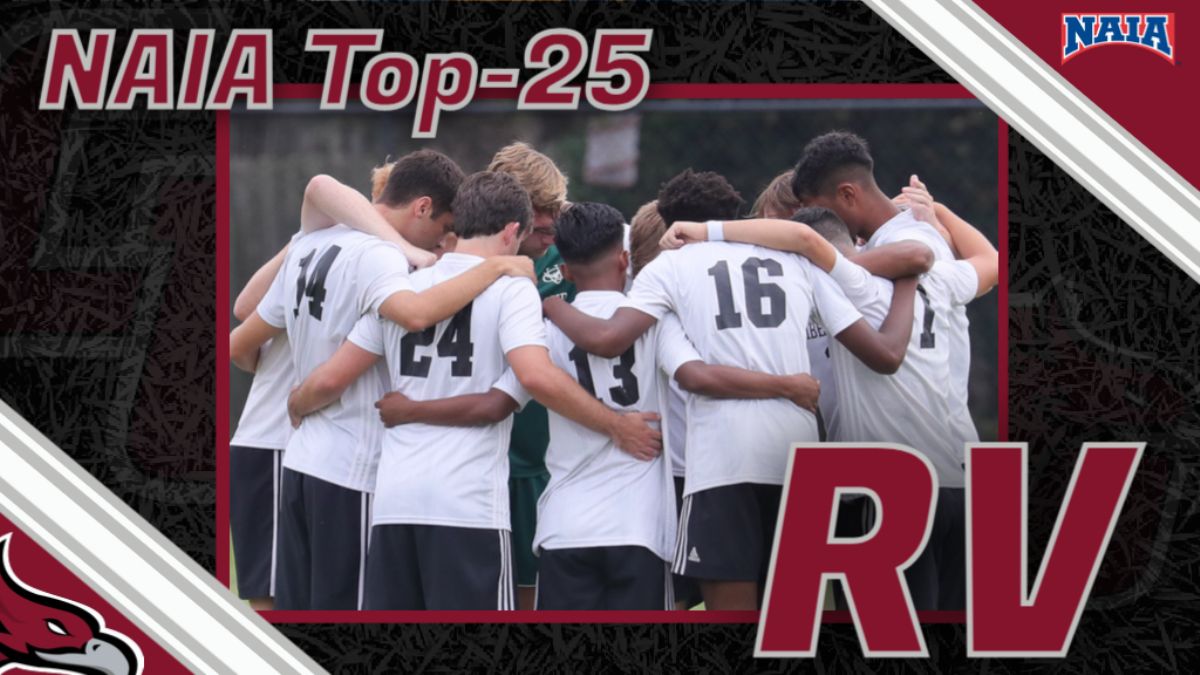 Cumberland is the second team receiving votes in the poll with 54 voting points. The team improved to 8-2-1 this past week after heading to Shawnee State and Pikeville and picking up two wins. Cumberland is now 4-1-1 in conference action heading into today's match with Thomas More.

There is a slight shake-up in the Top-5 this week. Central Methodist (Mo.) stays at No. 1. Oklahoma Wesleyan and Mid-America Christian (Okla.) each move up one spot to No. 2 and No. 3. Keiser took a loss this week and dropped from No. 2 to No. 4 and Mobile (Ala.) moved into the Top-5 at No. 5.

The poll was voted on by a panel of head coaches representing each of the conferences, Continental Athletic Conference (Independents), and Unaffiliated Groups. The next regular-season poll is scheduled to come out on Wednesday, October 6.

Cumberland will be at home this afternoon against Thomas More at 3:00 p.m.