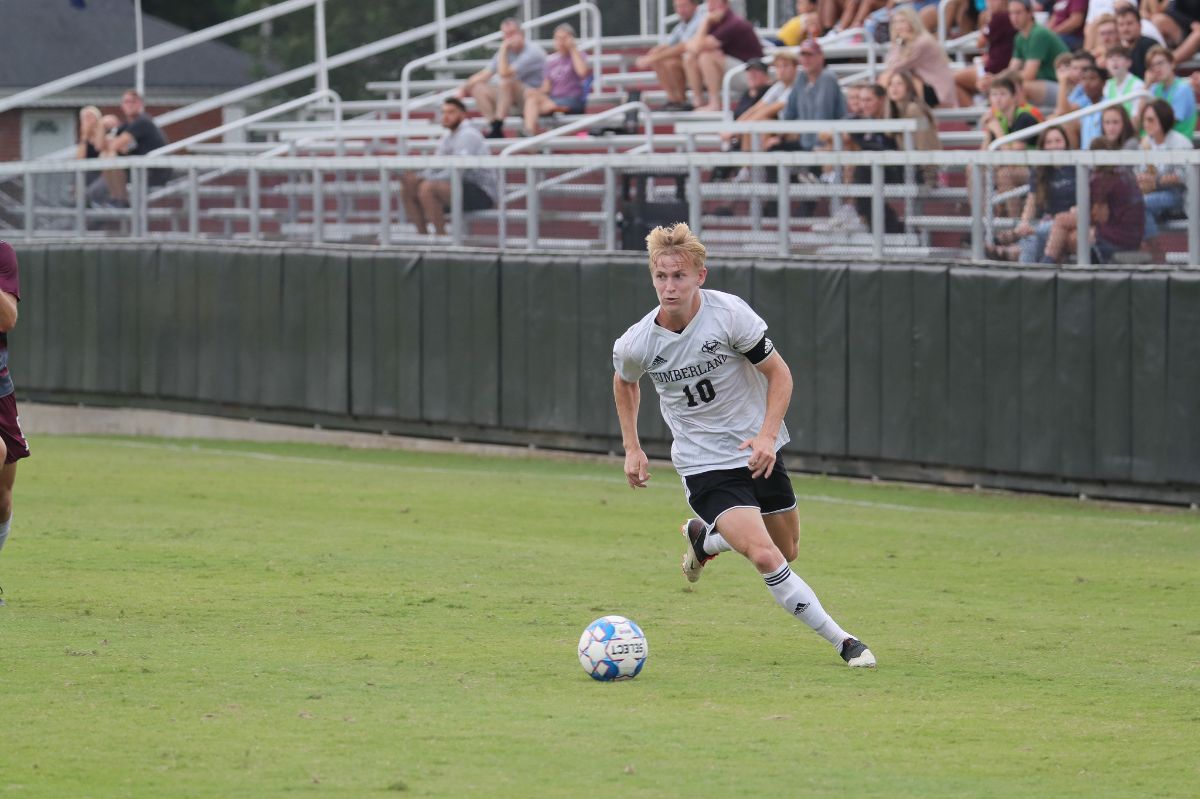 Cumberland (9-2-1) overcame 16 total fouls to pick up the win against Thomas More. The Phoenix and the Saints put up an even number of shots on the game with 11-11 but the Phoenix tallied six shots on goal compared to the Saints four.

The Phoenix wasted no time in this matchup as Tyler Watson recorded his ninth goal of the season only five minutes into the game. Watson's goal was assisted by Austin Morenzoni, Watson fired a strong shot into the left side of the net to give them a 1-0 Phoenix lead.

Almost instantly after Watson's goal, Brandon Gonzalez added to the early lead off of an assist by Cumberland goalkeeper Nicklas Rulle. Rulle had a goal kick opportunity and kicked it down the length of the field to find Gonzalez for the goal and a 2-0 Cumberland lead.

In the 34th minute, Tyler Watson recorded his second goal of the game and tenth of the season on a pass by Carson Tighe across the middle of the box to give the Phoenix a 3-0 lead.

There was not a whole lot of action the rest of the game until the 76th minute when Tyler Watson found Kam Stanley across the box for his seventh goal of the season to give the Phoenix a 4-0 Phoenix lead and more importantly a 4-0 Phoenix win.

Cumberland will be back at home Sunday, October 17 at 3 p.m. against Georgetown College.