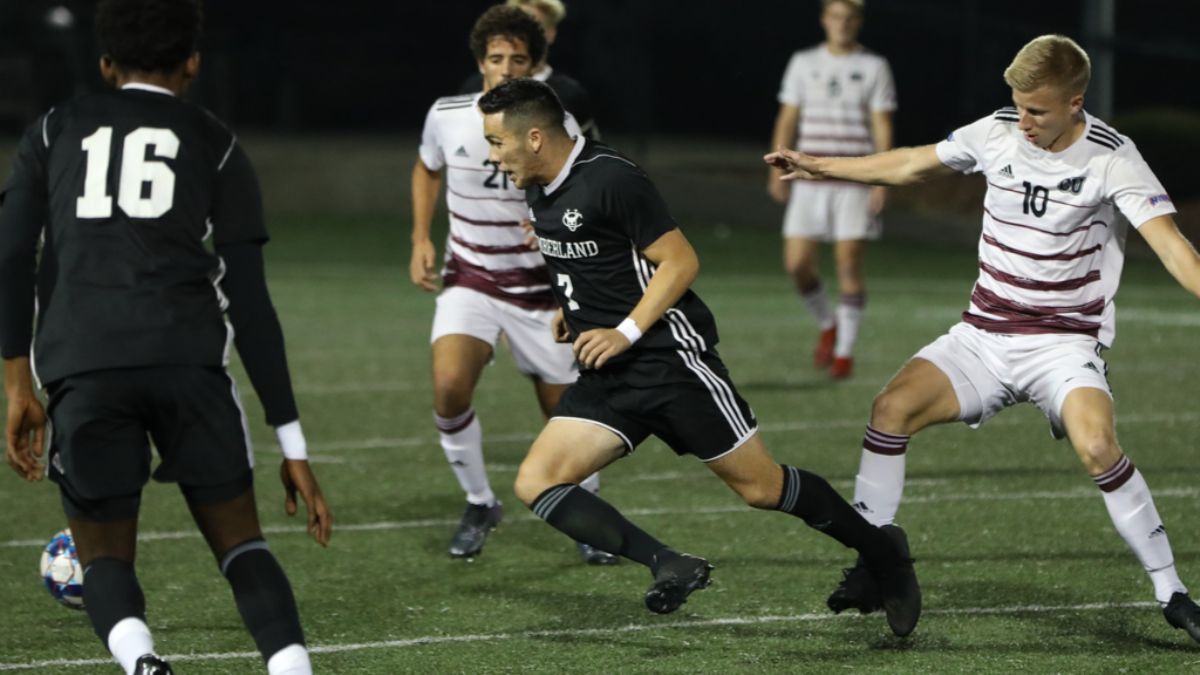 CAMPBELLSVILLE, Ky.--Cumberland men's soccer holds on to pick up a 2-1 victory over Campbellsville Wednesday evening at Finley Stadium.

Cumberland (11-2-1, 7-1-1 MSC) runs their win streak up to six matches heading into the final two regular-season matches of the season. The Phoenix sit two points behind Lindsey Wilson in the Mid-South Conference standings with a chance to take over first place with a win on Sunday against the Blue Raiders.

Campbellsville (9-2-2, 5-2-2 MSC) conceded the first goal of the match after just one minute of action. The rest of the game turned into a grueling, physical defensive battle as both teams combined for just seven shots-on-goal.

Cumberland was able to take the lead after just 57 seconds of action. Campbellsville committed a foul in the box and Thomas Groenhilder knocked in the penalty kick to give the Phoenix a 1-0 lead.

A few minutes later, Campbellsville missed a goal-scoring opportunity when they played the ball to the back-post to Samuel Lendona and Nicklas Rulle made a nice save in goal.

In the second half, Cumberland had a few chances to extend the lead. Cathal Coyne missed a header just left of the far post off a corner kick and Retsin Kabambala and Brandon Gonzalez each fired hot shots that Campbellsville keeper Jeremi Campagnolo saved.

Cumberland added an insurance goal in the 79th minute on a counter-attack. Brandon Gonzalez placed a perfect through ball up to Martin Walsh and Walsh chipped the Tigers keeper for the score.

Campbellsville scrambled in the final minutes and pushed a goal across by Samuel Lendono, but ran out of time as the Phoenix held on to win.

The Phoenix have a Top-25 match-up looming on Sunday against No. 11 Lindsey Wilson. If Lindsey Wilson wins they will be crowned Mid-South Conference Regular Season Champions. If the Phoenix win, they will be in the driver's seat to win the regular-season title with just one match remaining. Game time is set for 2:00 p.m.