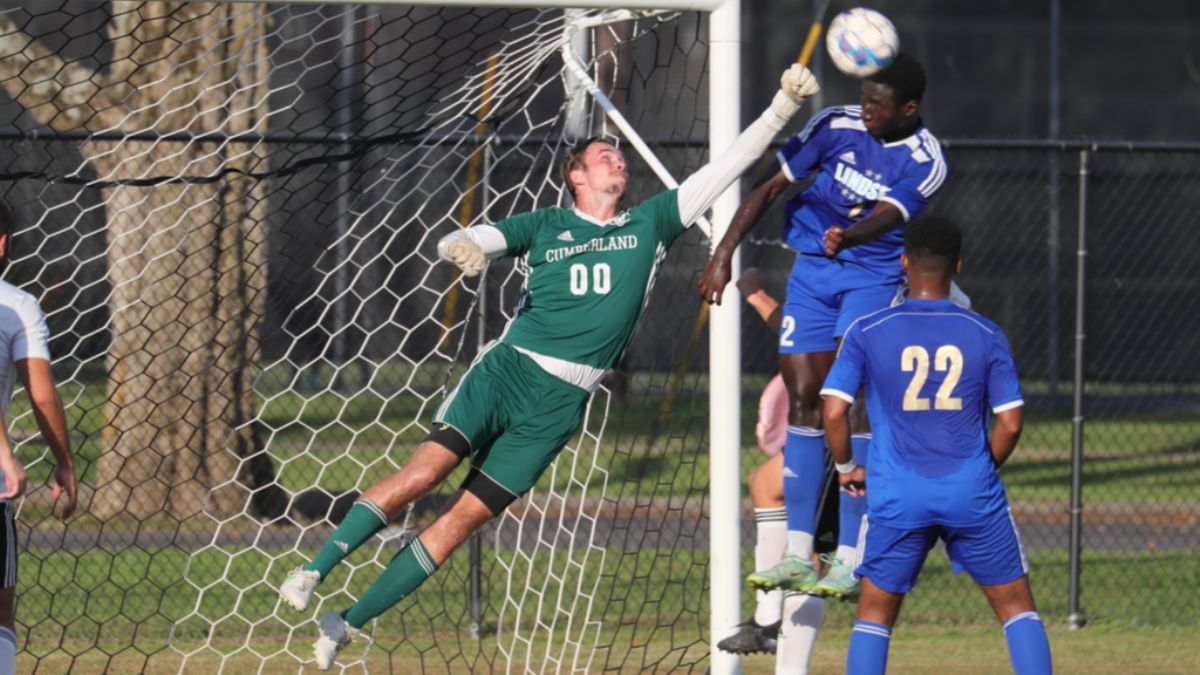 LEBANON, Tenn.--After an early send-off in the first half, Cumberland was forced to play a man-down and No. 11 Lindsey Wilson took advantage scoring four goals with a man-up to win 4-1.

Cumberland (11-3-1, 7-2-1 MSC) saw their win streak snapped at six matches. The loss will keep Cumberland in second place in the standings heading into the final regular-season contest next Thursday.

Lindsey Wilson (11-1-1, 9-1-0 MSC) won the Mid-South Conference Regular-Season Championship with the win and earned an automatic bid to the NAIA National Tournament.

Early on in the first half, both teams had goal-scoring opportunities that each keeper made brilliant saves. On a corner kick, Cumberland found Edvin Grevskott outside the box and he fired a shot to the near post that Henrique Cavalini made a diving stop on. Nicklas Rulle made two nice saves first in the 11th minute and a second in the 25th minute on a one-on-one opportunity.

Rulle was sent off with a red card for a collision outside of the box and Lindsey Wilson immediately scored on the ensuing free-kick from just outside of the box. Alexander Koziolek slotted it to the near post to test Jacob Forster in his first action of the season.

10 minutes later, Koziolek scored again as the ball was passed to him in the box from Monwabisi Mngqibisa and he beat Forster again to give Lindsey Wilson a 2-0 advantage after 40 minutes.

Just before the half, the Blue Raiders scored one more goal from Nathaniel Onyina Opoku to go up 3-0.

In the 54th minute, Cumberland began to regain some life as Martin Walsh knocked in a goal assisted by Tyler Watson, but Lindsey Wilson responded with a goal off a corner kick where the match would stand until the final whistle at 4-1.

Lindsey Wilson registered 24 shots and 12 shots on goal. Before Rulle was sent off he made three saves, two of them were great saves to keep the match tied. Forster registered five saves but allowed four goals in his first action as a Phoenix.

Cumberland took nine shots with four shots on goal. The Phoenix committed 10 fouls on the match and the Blue Raiders posted 13. Cumberland received six yellow cards and two reds on the match.

The Phoenix will close out the regular season next Thursday in Pulaski, Tennessee against Tennessee Southern.