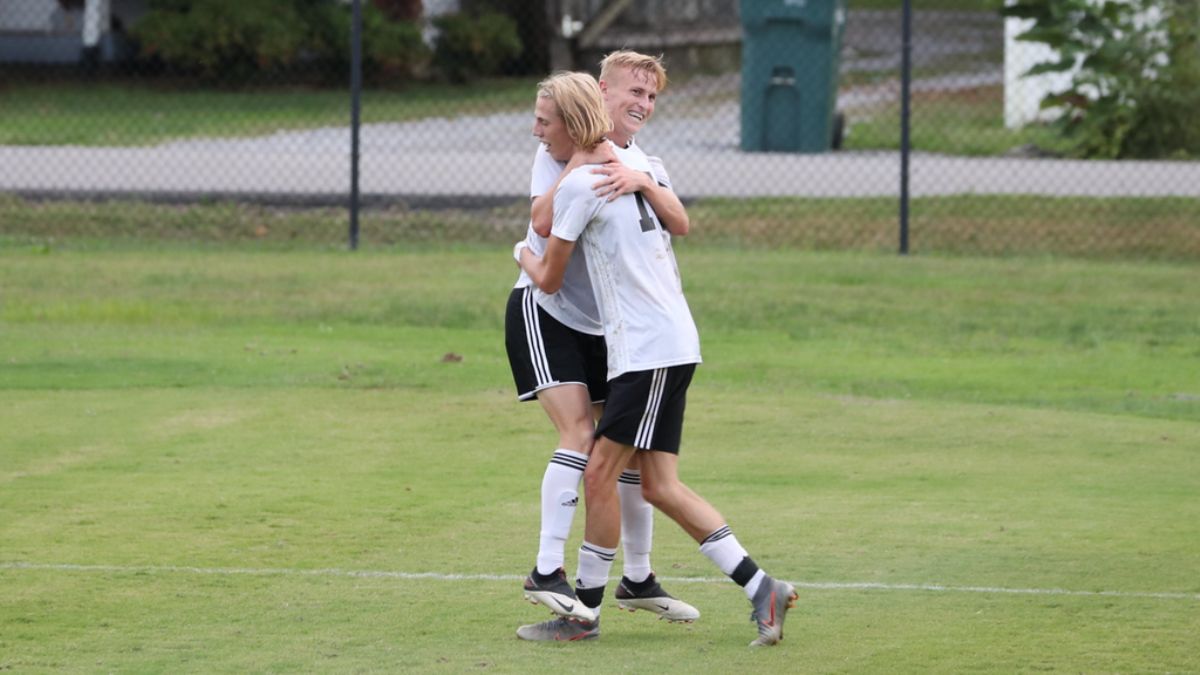 PULASKI, Tenn.-- Cumberland men's soccer wins the back and forth season finale by a score of 5-4 over Tennessee Southern.

The Phoenix wasted no time after taking a 1-0 lead only 58 seconds into the game thanks to a goal by Kam Stanley. Cathal Coyne completed a long pass downfield to Tyler Watson for a one-timer header to Kam Stanley who connected a shot into the left portion of the net for the Phoenix's first goal of the game.

The Phoenix extended their lead to 2-0 late into the first half after Martin Walsh fired off a powerful kick from outside of the box.

With 17:25 remaining in the first half, Tennessee Southern responded to cut the Phoenix lead down to 2-1 after Alejandro Blanco passed the ball to Mario Lopez at the top of the box who fired a shot over Jacob Forster for the goal.

The Phoenix instantly answered back two minutes later after Edvin Grevskott completed a pass across the box that found Tyler Watson for the header and goal to give the Phoenix a 3-1 lead.

Tennessee Southern's Manuel Otero made a long pass from about ten feet out of the box to Manuel Morales who recorded a goal off of a header to cut the Phoenix lead down to 3-2.

Martin Walsh helped extend the Phoenix lead to 4-2 after he found John Azar in the middle of the box for a cross-body shot that connected for a goal.

With 17:38 remaining in the game Jacob Forster saves a shot that was unfortunately deflected right back to Mario Lopez who ripped a shot into the back of the net off of the deflection to cut the Phoenix lead down to 4-3.

Tennessee Southern tied the game up at 4-4 with 15 minutes left in the game after a Cumberland foul that resulted in a free-kick right outside of the box. Carlos Galan took the free-kick for the Firehawks and was able to sneak a strong shot into the upper left corner of the net.

The Phoenix regained the lead when Tyler Watson made a cross pass into the box to Brandon Gonzalez who converted a behind-the-back kick for a goal with 6 minutes remaining in the game to give the Phoenix a 5-4 lead. Cumberland would go on the win the game and end their regular season on a high note.