Cumberland maintains their 21st ranking in the NAIA Top 25 Polls 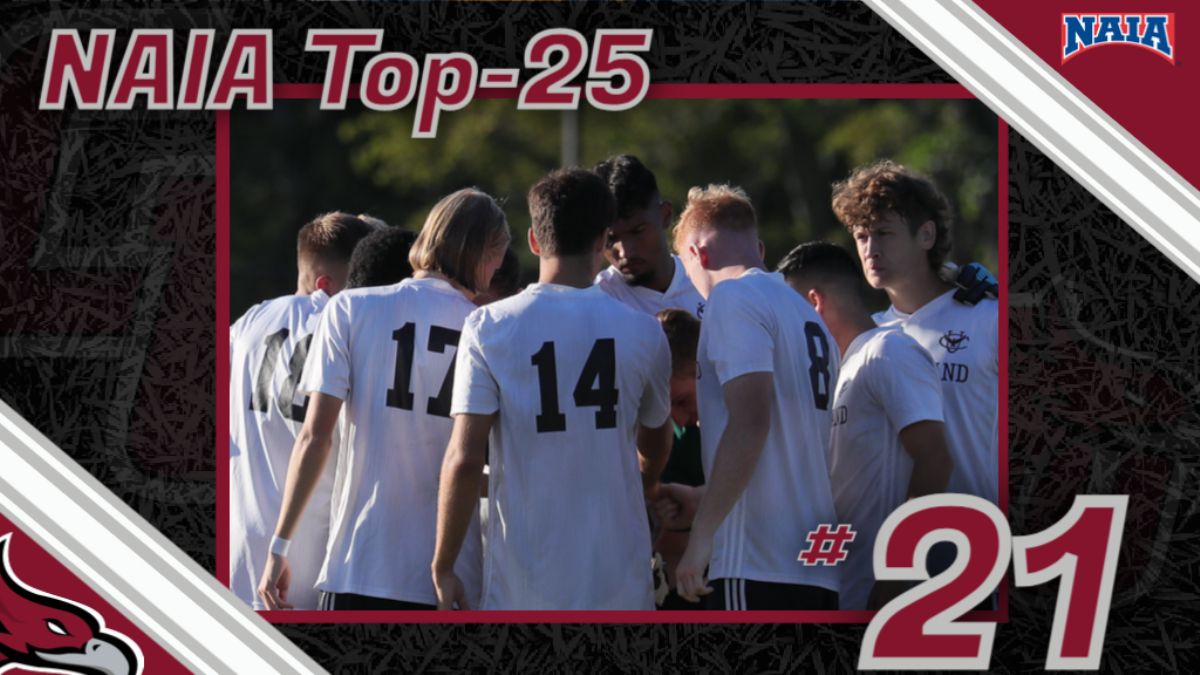 Cumberland Stays at No.21 in the latest NAIA Top 25 Poll

LEBANON, Tenn.--Cumberland men's soccer stays put at No. 21 in the NAIA Top-25 Coaches' Polls, announced by the national office on Wednesday.

Cumberland played just one game last week against Life University at home in the Mid-South Tournament Quarterfinals. The Phoenix played an excellent match as they beat Life by a score of 4-1. Martin Walsh had one of the best Phoenix performances of the season as he notched two goals and two assists in the win.

The Phoenix have scored 45 goals in 17 games, a rate of 2.65 goals per game. Tyler Watson leads the team individually with 12 goals and four assists, followed by Martin Walsh and Kam Stanley, with nine goals each. Nicklas Rulle is having a great season in goal for the Phoenix as he boasts a 12-1-1 record with a .795 save percentage.

Lindsey Wilson (Ky.) is the highest-ranked Mid-South team at No. 11 with 347 points in the poll. The Blue Raiders are also the No. 1 seed in the tournament after they clinched the Mid-South Conference Regular Season title. The University of the Cumberlands and Bethel are receiving votes in the poll to round out the conference.

In the final Coaches' Top 25 Poll, Central Methodist secures all 18 first-place votes and pushes its consecutive streak to eight weeks. The top six teams showed no movement from a week ago.

The poll was voted upon by a panel of head coaches representing each of the conferences, Continental Athletic Conference (Independents), and Unaffiliated Groups.

Cumberland takes on RV University of the Cumberlands in the Mid-South Conference Semifinals on Wednesday.